As Australia's virus-hit state of Victoria recorded its worst death toll and case rise, Chinese living in this country have expressed their desire to return to China, and criticized Canberra's missteps in containing the virus, while virologists predicted another four months is needed for the contagion to subside. 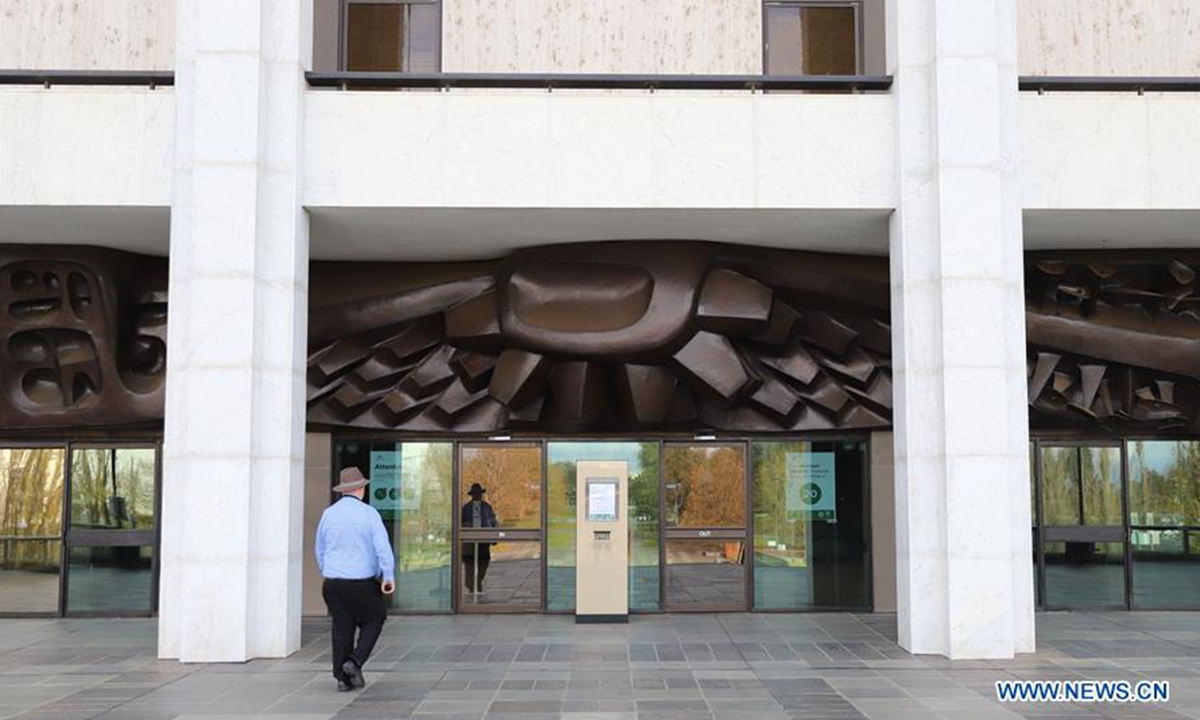 Victoria on Thursday reported 13 deaths and 723 cases, a 36 percent jump from the previous high on Monday, bringing the country's total number of cases to 15,582, and 176 deaths, according to data from Australia's Department of Health.

The Chinese blamed the surge on the local residents' carelessness. "You can hardly see locals wearing face masks in public, and they are unwilling to follow social distancing rules," Du Jiafeng, a student at the University of Sydney, told the Global Times on Thursday.

Some also blamed the Australian government's missteps in containing the virus. "The current government is weird. The epidemic is severe but they would approve  gatherings that protest the lockdown, or for BLM protests," Ma Tina, a Chinese engineer in Melbourne, who has been keeping a close eye on the situation in the city, told the Global Times on Thursday. "In the past five months, they have banned visits to people's home."

"The political correctness [in Australia] is high above everything, even above people's lives!" Ma said.

"Many of us in the Chinese community are going back to China, given the worsening situation in Australia, and schools will hold online classes," a student who requested anonymity at the University of Melbourne said.

The relaxation of a previous lockdown is another reason for the outbreak, as the relaxation has led to people's complacency, Australian experts said in early July. Data issued by the local authority shows young people made up more than one-quarter of all infections this month. The Victoria government has pleaded to young people to follow lockdown rules seriously until the second wave is contained, SBS News reported.

Mandatory measures have been taken. People are kept in their homes, and are only allowed to leave for essential reasons, wearing face masks is required, and social gatherings are banned in Victoria, ABC News reported on Thursday.

"Nearly all social activities have been canceled under the new social-distancing rules," a Chinese student surnamed Wu who lives in Melbourne said, adding that many Chinese students who took part-time jobs or internships have been affected the most.

Yang Zhanqiu, deputy director of the pathogen biology department at Wuhan University, toldthe Global Times that winter is the virus' epidemic season. It is estimated that this wave will last about four more months, from late fall to early spring.

"The virus can survive longer at lower temperatures," Yang said. "In addition, people are more likely to stay in confined places with less ventilation, allowing the virus to spread more easily."

As the southern hemisphere has entered winter, countries including Australia and Brazil face mounting pressure to tackle the worsening outbreak, Yang said.

Yang also said those countries should learn from China and build makeshift hospitals to separate confirmed cases from the general public.

Residents have been stocking up on medical supplies and life necessities in Australia. However, it has become more difficult to buy face masks following the compulsory mask-wearing policy in Victoria, as they are now more expensive, and are limited to one pack per person, Melbourne residents said.