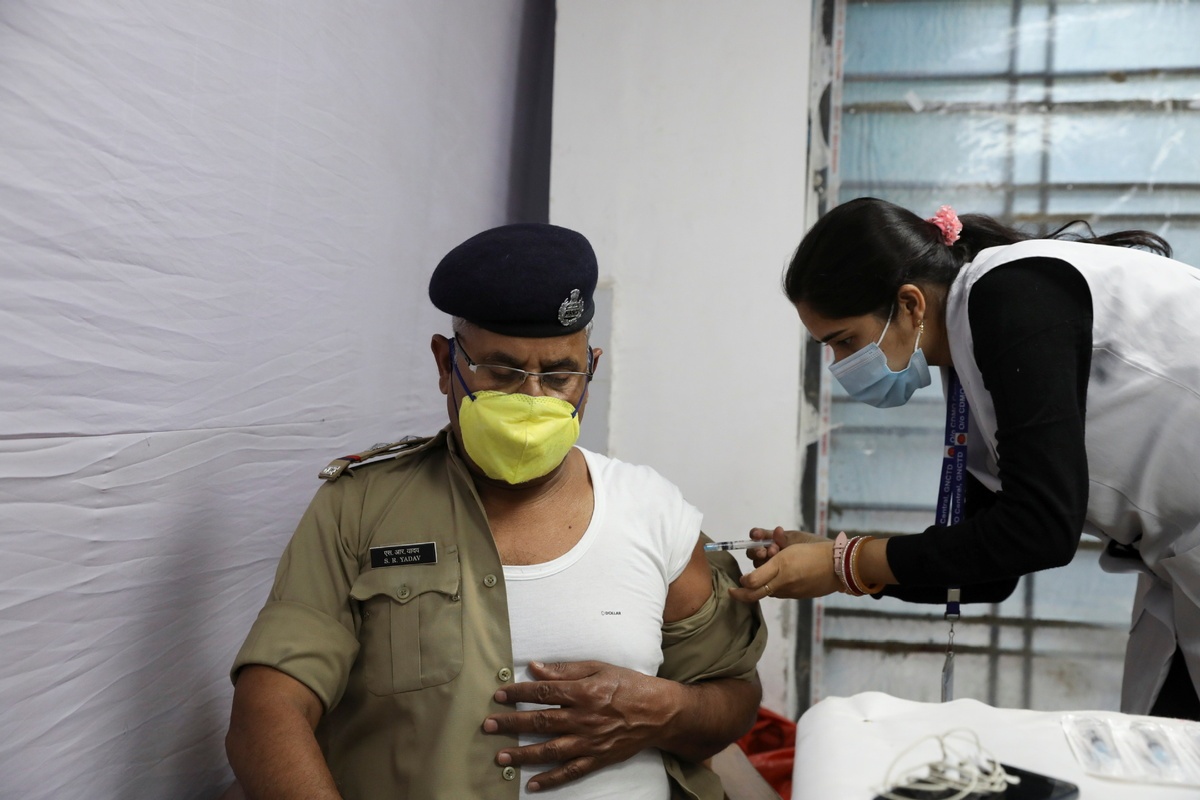 NEW DELHI - A joint study by researchers from Pune's National Institute of Virology, the Indian Council of Medical Research (ICMR) and Bharat Biotech has found that the country's indigenous COVID-19 vaccine, Covaxin, offers protection against the Beta (B.1.351) and the Delta (B.1.617.2) variants, local media reports said Wednesday.

The study evaluated the neutralisation potential of sera collected from 20 COVID-19 recovered cases and 17 people vaccinated with two doses of Covaxin against Beta and Delta variants and compared it with the prototype D614G variant.

"There was a reduction in the neutralisation titre values in people administered Covaxin against Beta and Delta variants, but this reduction was lower than in those who were naturally infected," Dr Pragya Yadav, scientist 'E' and group leader, maximum containment facility, ICMR-NIV was quoted in local media as having said.

The study is a pre-print and not yet peer-reviewed.

Covaxin demonstrated protective response against the two variants of concern, the study said.

According to a local television news channel NDTV, ICMR chief Balram Bhargava is among the authors of the report.

Earlier this week, another pre-print study, yet to be peer-reviewed reportedly said Serum Institute's Covishield vaccine produced more antibodies than Covaxin. The study was done by Coronavirus Vaccine-induced Antibody Titre (COVAT) involving healthcare workers (HCW) who have received both doses of either of the two vaccines that are being administered in India.

Serum Institute of India is manufacturing AstraZeneca-Oxford University's Covishield, while Bharat Biotech which has partnered with the Indian Council of Medical Research (ICMR) is manufacturing Covaxin.