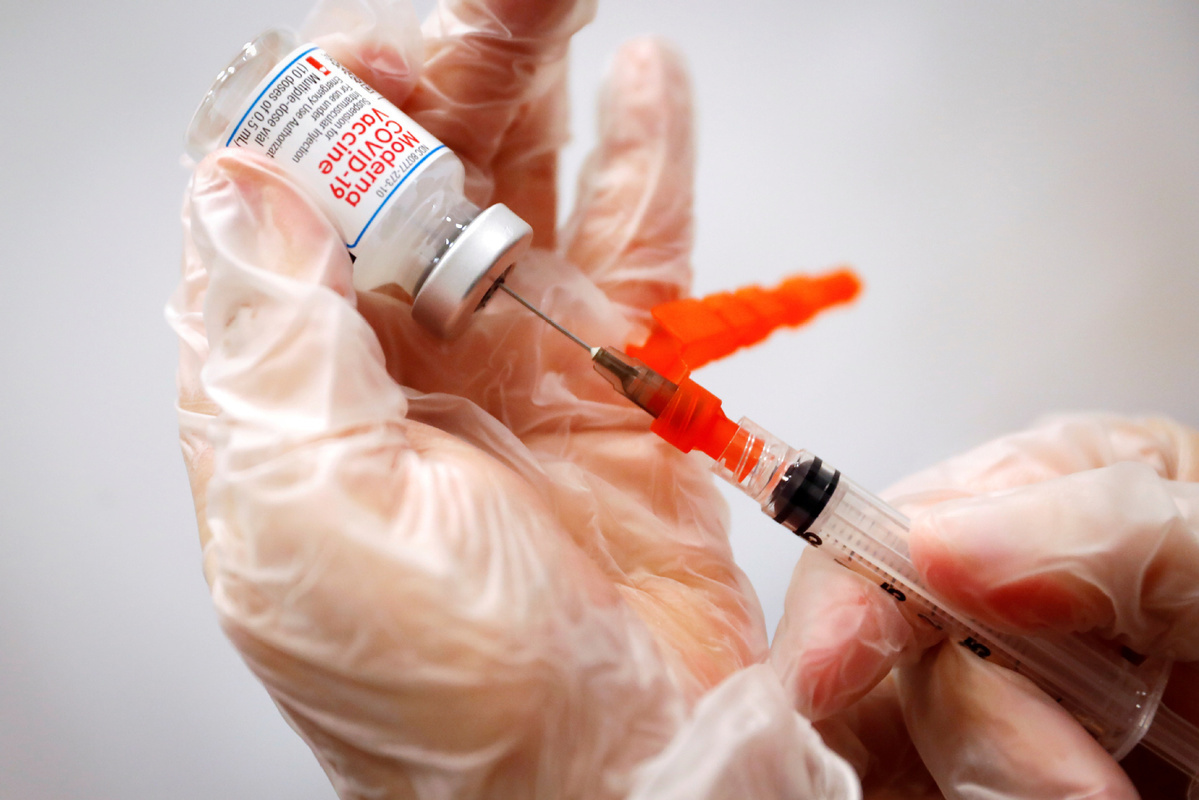 A healthcare worker prepares a syringe with the Moderna COVID-19 Vaccine at a pop-up vaccination site operated by SOMOS Community Care during the COVID-19 pandemic in Manhattan in New York, Jan 29, 2021. [Photo/Agencies]

NEW YORK - Nearly half of New York City residents who received a COVID-19 vaccination shot were white, more than double any minority group in the city, according to data released late Sunday by NYC health officials.

Hundreds of thousands of New Yorkers have received shots since December, with whites accounting for 48 percent. Blacks received 11 percent of the doses, while 15 percent went to Asians and another 15 percent to Latinos in the city, reported the Wall Street Journal on Monday.

The city's vaccination data is incomplete. As of Sunday, officials didn't have demographic information for 40 percent, or more than 263,000, of those who received the vaccine, according to the WSJ.

"Still, it offered the clearest picture yet of which races and ethnicities are receiving shots and show that vulnerable communities are starkly under-vaccinated," said the journal.

Mayor Bill de Blasio said that the data highlighted a "profound problem" of racial inequity and the coronavirus pandemic. Blacks and Latinos in the United States have been killed by COVID-19 at more than twice the rate of white residents, according to the Centers for Disease Control and Prevention.

"The disparity is very plain. It has to be addressed forcefully," de Blasio said at his press conference on Sunday.

Many states have pledged to ensure the hardest-hit minority groups would have equal or priority access to the vaccine. In December, New York State Governor Andrew Cuomo said that the state's major hospitals were drawing up vaccination plans, which would include partnerships with community organizations to ensure outreach to communities of color, according to the journal.

As of Sunday afternoon, the coronavirus deaths added up to 27,138 and the confirmed cases 599,377 in NYC, according to The City, a project that tracks the spread of confirmed COVID-19 infections and fatalities in New York City, based on information provided by the New York City Department of Health and Mental Hygiene, the governor's office, The COVID Tracking Project and the Center for Systems Science and Engineering at Johns Hopkins University.