WORLD COVID-19 vaccine unlikely to be a cure-all for the US : observers

COVID-19 vaccine unlikely to be a cure-all for the US : observers 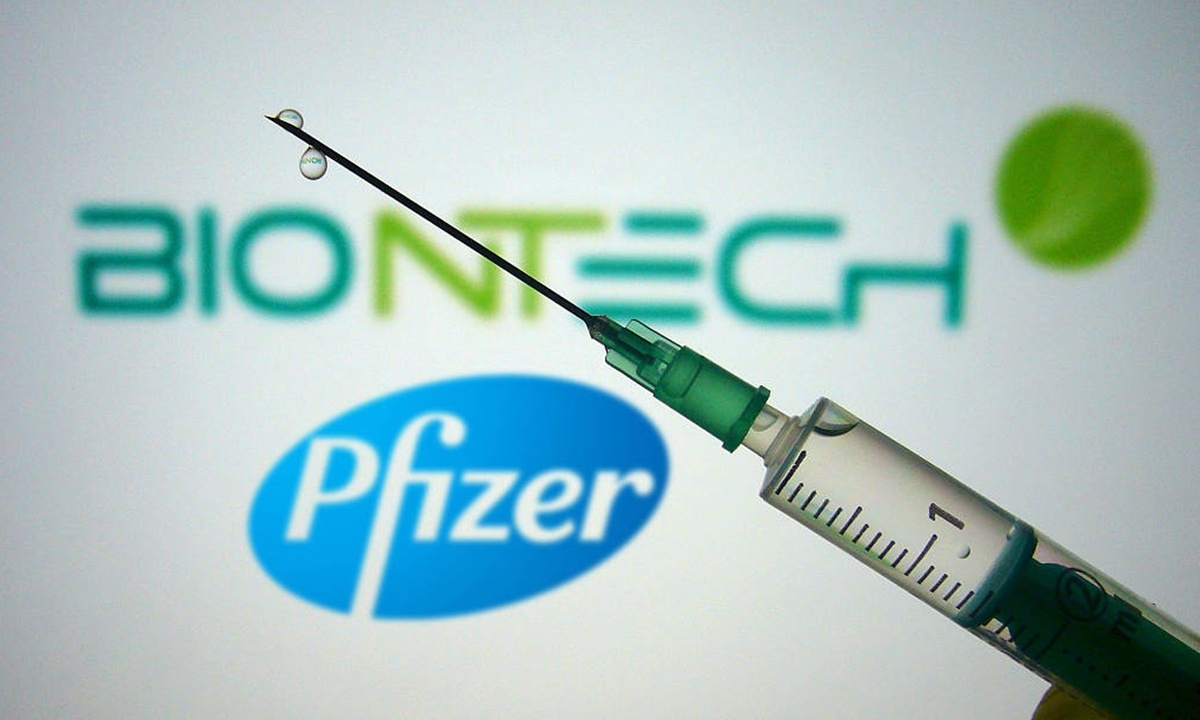 Maps tracking new coronavirus infection cases in the US were a blanket of red on Friday, indicating an alarming and rapid spread in every US state, showing an increasingly dire picture across the country.

US drug firm Pfizer and BioNtech, its German partner, have reportedly submitted their COVID-19 vaccine to the Food and Drug Administration （FDA） for emergency use authorization, claiming their high-efficacy shot could be available for high-risk population groups by mid-December.

Although many American media outlets including The Washington Post have called Pfizer's request for emergency authorization a "landmark moment and a signal that a powerful tool to help control the pandemic could be available in December," Chinese observers are only cautiously optimistic.

No coronavirus vaccine will cure the political conflicts that have hampered the US response to the virus, they said. 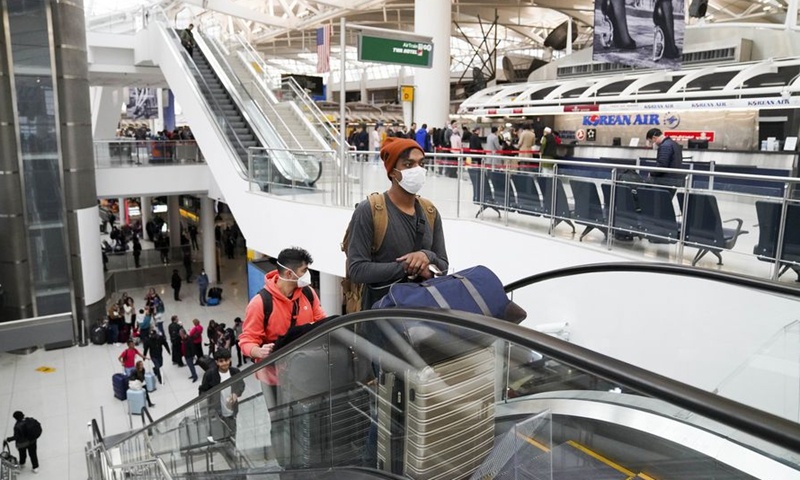 As of Saturday morning, the US recorded 11,900,015 confirmed COVID-19 cases, and 254,332 deaths from the disease, accord to Johns Hopkins' research tally.  The US is a world leader in both categories.

Confirmed cases and deaths from COVID-19 in the US have soared over the past week. A New York Times update on Saturday shows the US has almost 200,000 new cases a day and has set a record for hospitalizations.

The rising numbers are no doubt connected to the US election and rallies that were attended by many people who didn't wear a mask or practice social distancing, Chen Xi, an assistant professor of public health at Yale University, told the Global Times on Saturday.

A statistical model developed by a group of Stanford University economists estimates there have been at least 30,000 coronavirus infections and 700 deaths as a result of 18 campaign rallies held by President Trump from June to September, the New York Times reported in early November.

The first US coronavirus vaccine application for emergency use on Friday by Pfizer was made the day after the number of coronavirus deaths jumped to more than 2,000 for the first time since June, the BBC reported.

Chen, the Yale professor, also noted that the potential FDA authorization of Pfizer's vaccine for emergency use is unlikely to reverse the dire situation across the US, as it will likely be first made available to only about 10 million people in high-risk groups.

The Pfizer-BioNtech joint statement on Friday said "based on current projections, the companies expect to produce globally up to 50 million doses in 2020 and up to 1.3 billion doses by the end of 2021; the companies will be ready to distribute the vaccine within hours after authorization."

Chen pointed out that as each recipient needs to take two doses, the actual number of people taking the jabs will not likely be as great as the company claims. 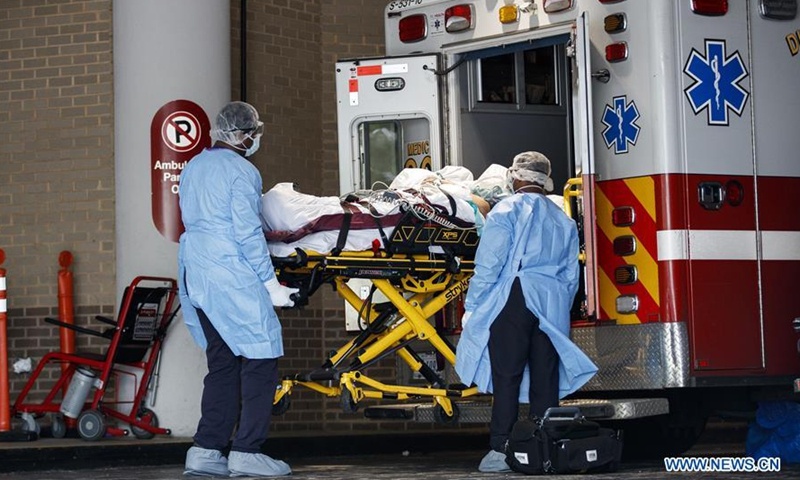 Last week's record-setting growth in new infection cases and deaths have forced many US states to impose tough restrictions on travel and social activities. California joined other states and cities across the US this week by issuing an overnight curfew, in the hope of stopping the coronavirus from spreading at bars, parties and nighttime events.

The US Centers for Disease Control and Prevention also urged Americans to stay home during the Thanksgiving holidays, and US airlines have adjusted their cancellation policies to be more flexible and fee-free than they were pre-pandemic, the Washington Post reported on Saturday.

Chen predicts that the daily death toll in the US from COVID-19 could remain above 2,000, which would become a new normal in the US, and the number deaths is unlikely to decline until a large scale and effective vaccine campaign becomes a reality.

The upcoming holiday season - from Thanksgiving to New Years - will also add challenges to COVID-19 control, as transmission of the disease during family unions is inevitable, Chen said. 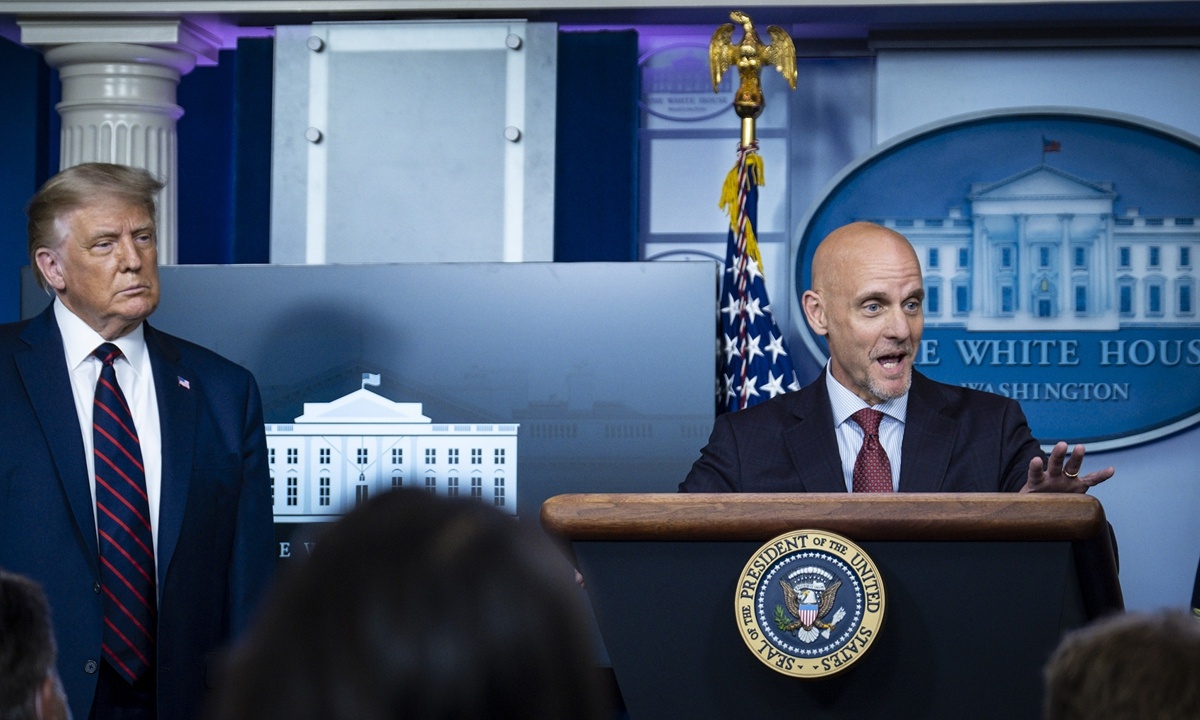 FDA Commissioner Stephen Hahn said on August 23 that the emergency authorization of convalescent plasma for COVID-19 is not the same as an approval. (Photo: VCG)

The Trump administration's total failure in epidemic control and prevention has misled the public and obstructed the vaccine development process, Li Haidong, a professor at the Institute of International Relations of the China Foreign Affairs University, told the Global Times on Saturday.

The political rift between Republicans and the Democrats will continue to hinder US epidemic response, Li said.

Not only will  Trump continue to deny making mistake that he is blocking access to key data on virus and vaccinations needed by President-elect Joe Biden, said Li. Even after Biden takes office the federal government might do one thing, while states governed by Republicans might simply do another.

Li projected that the COVID-19 response and control would be the main task of the upcoming Biden administration in his first year, and warns if Biden fails to tame the virus within two years, he is likely to face a voter backlash during in mid-term elections.