BRAZZAVILLE, Sept. 9 (Xinhua) -- The downward trend of COVID-19 pandemic in Africa is affected by the impact of transmissible variants, especially the Delta variant, warned Thursday the World Health Organization (WHO). 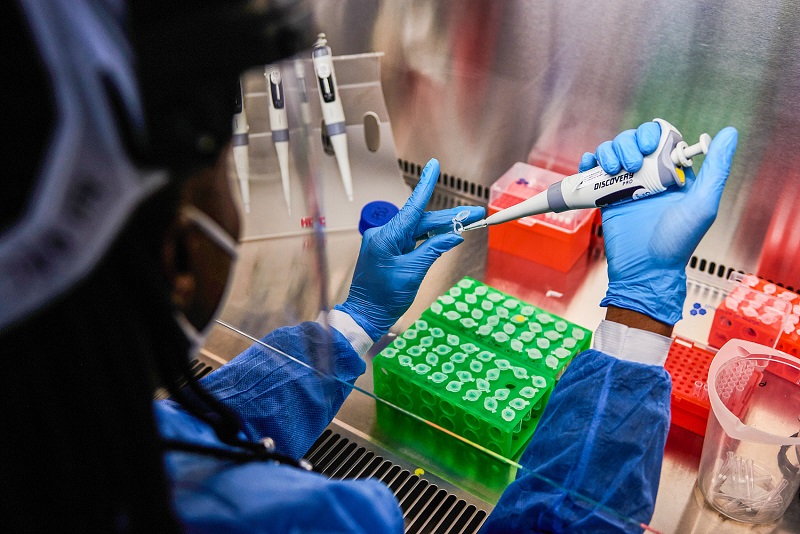 Weekly COVID-19 cases in Africa fell by more than 20 percent, the sharpest seven-day decline in two months, as the third wave pandemic tapers off. However, the rate of deceleration is slower than the previous waves owing to the impact of more transmissible variants, said in a statement the WHO's Regional Office for Africa, based in Brazzaville, capital of the Republic of the Congo.

The continent recorded more than 165,000 cases in the week ending on 5 September, 23 percent lower than the week before, yet still higher than the weekly cases recorded at the peak of the first wave.

"While COVID-19 cases have declined appreciably, the downward trend is frustratingly slow due to the lingering effects of the more infectious Delta variant," said Dr. Matshidiso Moeti, WHO's Regional Director for Africa.

The more contagious Delta variant that partly fueled the third wave has been dominant in several countries that experienced COVID-19 surge, as the Delta variant was detected in over 70 percent of samples from Botswana, Malawi and South Africa, and in over 90 percent from Zimbabwe.

"The continent lags far behind the rest of the world when it comes to sequencing, with only 1 percent of over 3 million COVID-19 sequences conducted worldwide occurring in Africa," said Moeti.

To date, the dominant Delta variant has been detected in 31 African countries, while the Alpha and Beta variants have respectively been identified in 44 and 39 countries.

The C.1.2 variant initially identified in South Africa has so far been detected in 130 cases in 10 countries globally, including five in Africa. Although the variant has exhibited concerning mutations, there is no evidence that it is more transmissible or may affect vaccine efficacy, but more research is needed, according to the WHO.

As Africa's third COVID-19 pandemic wave eases off, vaccine shipments to the continent continue to grow, with around 5.5 million doses received through COVAX in the first week of September.

However, only around 3 percent of the continent's population is fully vaccinated, noted Moeti.

"To ultimately tip the scales against this pandemic, our best efforts to reduce transmission through public health measures must be met by a significant step-up in vaccine supplies and vaccinations," explained Moeti.

The number of confirmed COVID-19 cases in Africa reached 7,946,662 as of Wednesday afternoon, according the Africa Centers for Disease Control and Prevention (Africa CDC).