COVID eases but US won't join EU in opening borders

As the COVID pandemic recedes dramatically in the West, Europe is opening its doors to Americans -- but the reverse is not holding true, with the United States not budging on restrictions imposed 15 months ago. 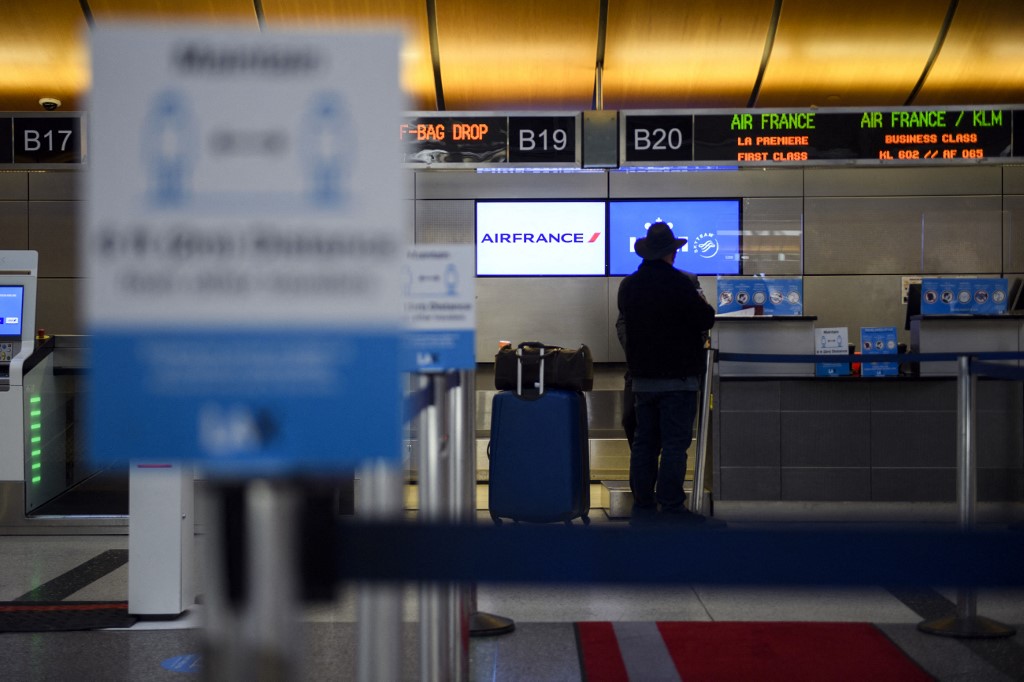 President Joe Biden has hailed progress on vaccination, with a goal of reaching 70 percent of Americans with at least one dose by July 4, and health authorities have eased recommendations on masks, but the language on travel restrictions has remained constant.

"We look forward to the resumption of transatlantic travel as soon as the science permits," State Department spokesman Ned Price said Monday.

"I'm not able to put a specific timeframe on it, only because it will depend in large part on the course of the epidemiology, on the response to the virus around the world, and developments, including the impact and the presence of variants," he said.

Biden has vowed to restore alliances after Donald Trump's turbulent presidency, last week courting European allies on his first foreign trip. But he has made clear he is not in a hurry on travel, with his administration again renewing through July 21 the closing of the land borders with Canada and Mexico.

The United States during the pandemic has also banned travel on most visitors coming from the European Union as well as Britain, along with Brazil, China, India, Iran and South Africa.

Biden, however, has allowed a growing number of exemptions, with journalists, students and others able to travel despite the restrictions on ordinary tourists.

By contrast, the European Union has decided to reopen its borders to Americans on condition they are vaccinated or present test results that show they are negative.

"Hope we will find a similar solution in the spirit of reciprocity for travel from Germany and the EU to the US!" tweeted the German ambassador to the United States, Emily Haber.

But the European Union opened up not after negotiating reciprocity with the United States, but under pressure from member states reliant on tourism such as Greece, Italy and Spain that are eager to revive an industry devastated by the pandemic.

In the United States, there is no force of similar magnitude clamoring to let in foreign tourists, even if airlines and others in the travel industry have voiced support for relaxing rules and The Wall Street Journal in a recent editorial said there was no reason not to reciprocate the European decision.

The Biden administration in early June announced the formation of working groups with the European Union, Britain, Canada and Mexico on next steps.

Caught in the middle are thousands of expatriates who generally pay US taxes and may have families in the United States but cannot leave without concern over whether they can return.

Some have visas that expired during the pandemic, meaning they can have long waits if they head overseas in hopes of renewals at overloaded US consulates.

Celia Belin, a French scholar at the Brookings Institution in Washington, noted that Biden was elected on promises to address COVID better than Trump and "wants to take zero risk" faced with worries about the Delta variant.

She noted that the Europeans had clear epidemiological thresholds on when they would open up to US travelers, but that there was no similar transparency from the US side.

Biden "prioritizes the health issue before everything else without taking into consideration the social and human consequences," she said.