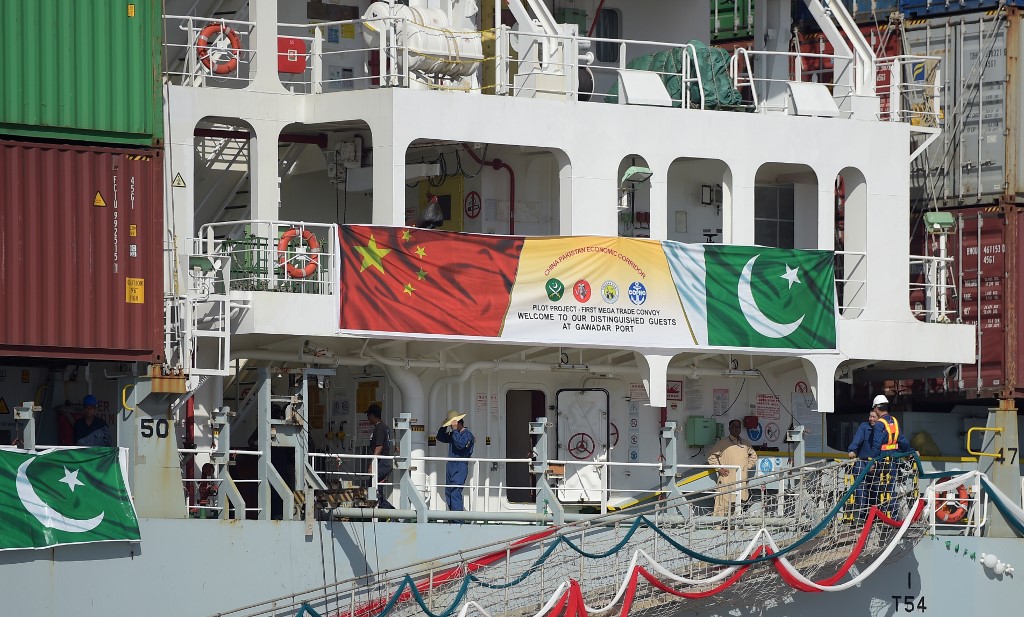 In this photograph taken on November 13, 2016, Pakistani personnel stand on a ship carrying containers at the Gwadar port, some 700 kms west of Karachi. (Photo by AFP)

CPEC has made Pakistan in a position to benefit from its strategic location by connecting it with the rest of the world, Hassan Daud Butt, chief executive officer of the Board of Investment and Trade of Pakistan's northwest Khyber Pakhtunkhwa province, said on Thursday.

Speaking at a round-table conference organized by the Islamabad-based think-tank Pakistan Institute for Conflict and Security Studies, on the potential of the second phase of the multi-billion dollar economic cooperation between Pakistan and China, Butt said all political parties and institutions in Pakistan have a consensus that CPEC is important for economic development of Pakistan, adding that all political leaders from major parties of the country made efforts to make CPEC a success in their capacity, and the current government is also determined to facilitate the second phase of CPEC.

He said that Pakistan is also eyeing on tapping potential of its tourism sector by attracting Chinese tourists to visit Pakistan, adding that the road networks built under CPEC has enhanced the scope of tourism in the country by making travel shorter and easier.

Speaking at the event, Abdullah Khan, managing director of the think-tank, said that they have recently conducted a study, which shows CPEC is becoming more and more popular in Pakistan and Pakistanis believe that it will change the economic fate of their country.

"We had an extensive survey across all provinces of Pakistan, and the response towards CPEC was overwhelmingly positive. We also found during our survey on the articles published over the last five years in major Urdu newspapers and Urdu TV shows that Urdu media which is closer towards the general public of the country, has a very positive view about CPEC."