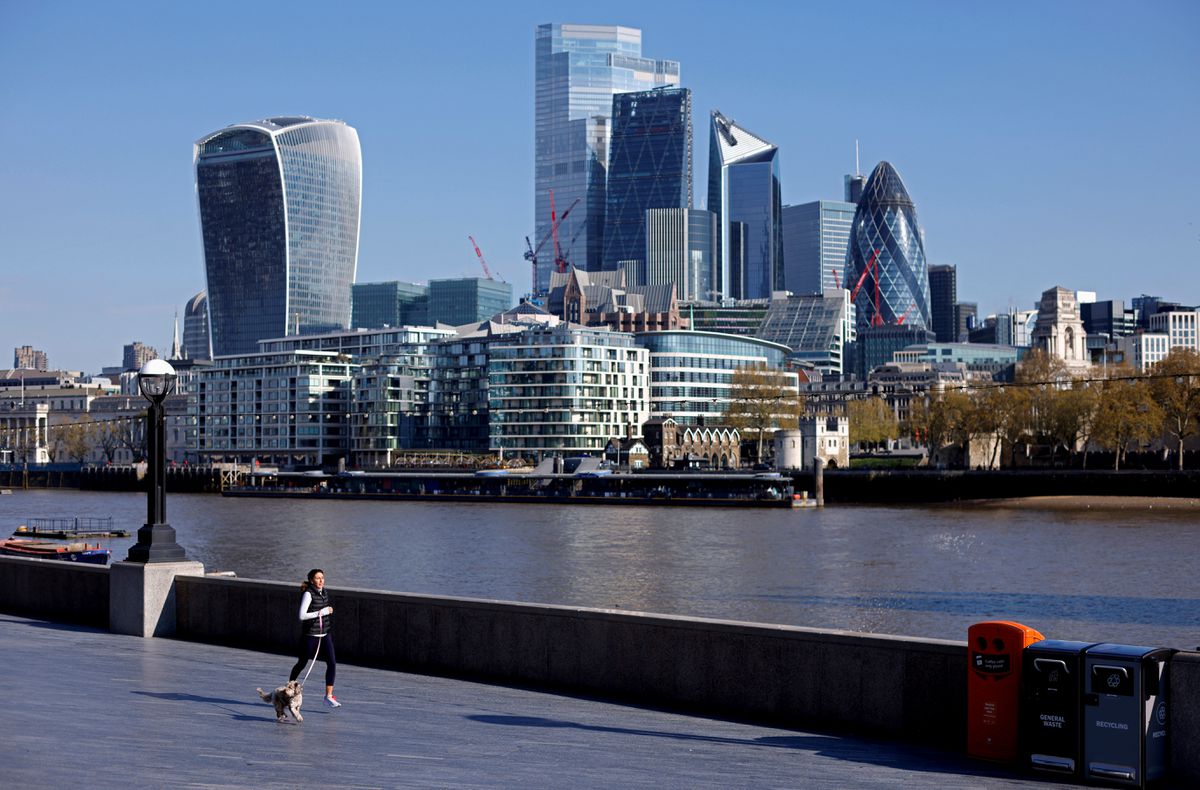 A woman exercises with a dog near the City of London financial district, in London, Britain, April 30, 2021. (Photo: Reuters)

TOKYO, June 2 (Xinhua) -- Negotiations would begin between members of the Comprehensive and Progressive Agreement for Trans-Pacific Partnership (CPTPP) regarding Britain's entry into the regional free trade deal, a Japanese official said on Wednesday.

According to Yasutoshi Nishimura, Japan's minister in charge of the negotiations, 11 members of the CPTPP came to the decision during a virtual meeting chaired this year by Japan.

Following Britain's exit from the European Union last year and in a bid to expand its trade ties in the Asia-Pacific region, it filed a request to join the 11-member partnership in February.

Britain's entry negotiations were described in a joint statement by the member countries as providing "an opportunity to advance the CPTPP's high-standard rules for the 21st century and further promote free trade, open and competitive markets and economic integration in the Asia-Pacific region and beyond."

While working groups are now expected to be set up henceforth to discuss tariffs and investment issues, sources close to the matter said it could take until next year or even longer until a final decision is made as to whether Britain is granted permission to join the partnership.

The members of the current pact, which came into force in 2018 and covers about 13 percent of global gross domestic product, include Australia, Brunei, Canada, Chile, Japan, Malaysia, Mexico, New Zealand, Peru, Singapore and Vietnam.

The pact has been ratified by seven countries so far.