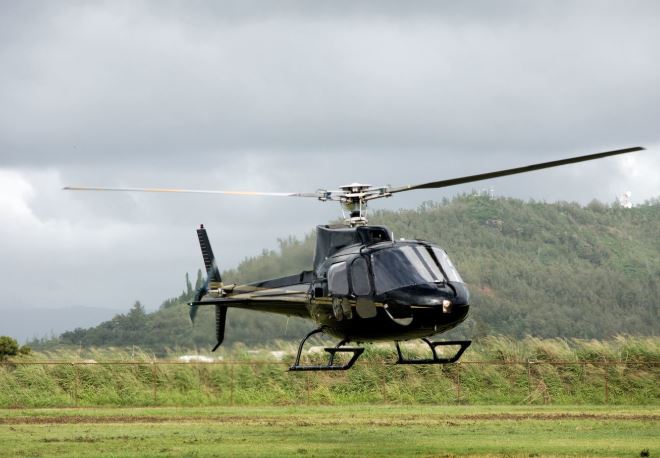 Washington DC (People’s Daily) – The wreckage of a tour helicopter that crashed on Thursday night was found Friday in a mountainous area on the island of Kauai, in Hawaii. The 7 people on the helicopter are still missing, according to a report by the Associated Press.

Officials said in a news release that they are still searching for possible survivors.

The tour helicopter carrying 1 pilot and 6 passengers went missing on Thursday evening. The Coast Guard said, among the passengers, there were 2 children.

The search was hampered by steep terrain, low visibility and rain.

In a statement by the Coast Guard on Friday, the search began after the owner of the helicopter had reported that the aircraft had not returned as scheduled from a tour of Kauai’s Na Pali Coast.

The crashed helicopter is a Eurocopter AS350. The helicopter has an emergency electronic locator, but no signals were received.

This year, there have been several helicopter and plane accidents in Hawaii. Three people were killed when a helicopter crashed on Oahu in April. Two months later, a skydiving plane went down north of Honolulu, killing 11 people.

Kauai is located in the northern part of the Hawaiian Islands. Several tour companies conduct helicopter tours every day on the island, depending on the weather, the Coast Guard said.

US lawmakers have eyed tighter controls for aerial tours in Hawaii following the string of deadly incidents.

In August, a bill was tabled to “impose strict regulations on commercial tour operations,” including helicopters. This bill would prohibit helicopter pilots from serving as tour guides while flying.