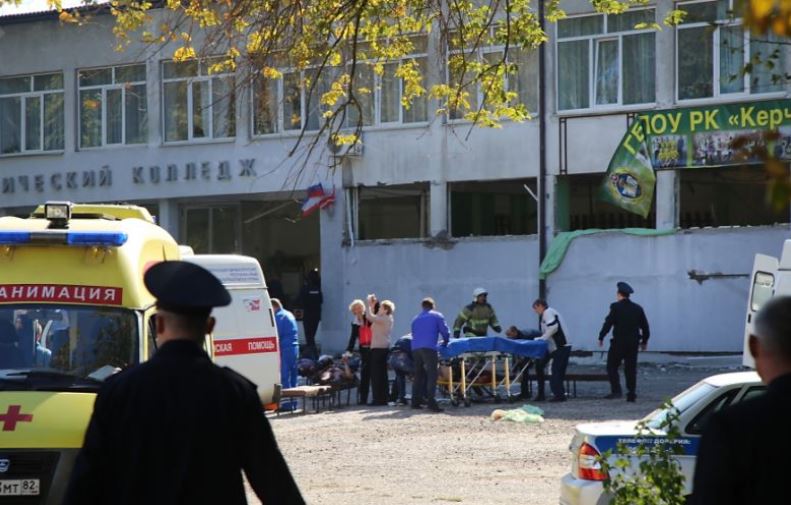 A teeange student opened fire at his vocational schoo in Crimea on Wednesday. (Photo: AP)

Crimea (People's Daily) - At least 19 people were killed and 50 injured after a gunman opened fire at a vocational school in Crimea on Wednesday, October 17.

According to regional head, Sergey Aksyonov, the gunman was a fourth-year student at the school. He was later found in the school’s library, dead from a self-inflicted gunshot wound.

The 18-year-old student strode into his vocational school in Crimea, a hoodie covering his blond hair, then pulled out a shotgun and opened fire, killing 19 students and wounding more than 50 others before killing himself.

It wasn’t clear what prompted Vladislav Roslyakov, described as a shy loner, to go on the rampage. A security camera image carried by Russian media showed him calmly walking down the stairs of the school in the Black Sea city of Kerch, the shotgun in his gloved hand.

Aksyonov said that during the rampage, the teenager, who had legally obtained a weapons permit, had at least 150 cartridges of ammunition.

The regional leader also announced that beginning October 18, every school and kindergarten in Crimea would have armed guards on their premises.

It was the greatest loss of life in school violence in Russia since the Beslan terrorist attack by Chechen separatists in 2004, in which 333 people were killed during a three-day siege, many of them children, and hundreds were wounded.