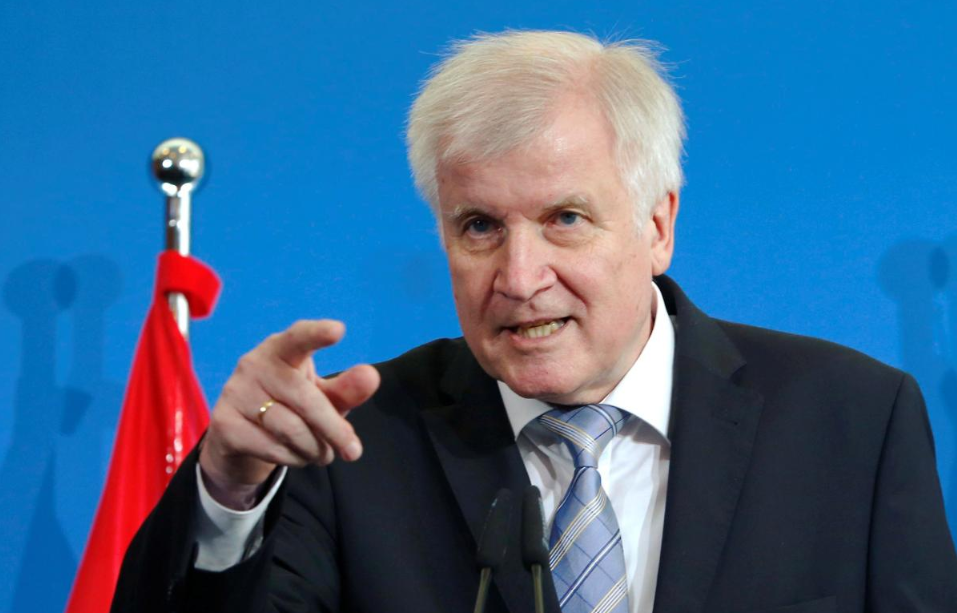 Germany’s Interior Minister Horst Seehofer said on Sunday a row between his Bavarians and Chancellor Angela Merkel is serious but can be overcome, a signal that he may compromise to avoid a full-blown German coalition crisis.

Bavaria’s Christian Social Union (CSU) decides on Monday whether to start implementing a plan drawn up by Seehofer to reject migrants who have already registered in other EU states.

Merkel opposes such a unilateralist move as it would reverse her 2015 open-door policy and undermine her authority. The split could threaten her three-month-old coalition government and also deal a blow to the EU’s Schengen open-border system at a time when divisions in the bloc are deep.

“The cohesion of Europe is at stake as well as the cohesion of Germany. The situation is serious but it can be overcome,” Seehofer wrote in a guest column for the Frankfurter Allgemeine paper which was published on Sunday.

He reiterated that he wanted the right to turn people away from Germany but also stressed he wanted a European solution.

“It is crucial that the EU summit at the end of June reaches agreements that recognize Germany’s burden in migrant policy,” he said. The EU, he added, had to guarantee the protection of the EU’s external borders, a fair distribution of people allowed to stay and the quick return of people without that right.

Earlier, Bild newspaper, citing unnamed sources from the CSU leadership, reported that the CSU would give Merkel two weeks, until an EU summit on June 28-29, to deliver a European solution on migrant policy before defying her by implementing his plan.

If no satisfactory EU deal is reached, German police would start sending back migrants registered in other EU states, it said, although CSU General-Secretary Markus Blume said the report was disinformation and: “There are no agreements in any direction.”

If Seehofer were to defy her and go ahead with his plans on Monday, Merkel would almost certainly be forced to fire him.

There is even talk that the 70-year-old conservative parliamentary alliance between the CDU and CSU could collapse. Without the CSU, Merkel’s coalition, which also includes the Social Democrats, would lose its parliamentary majority.

While Merkel would welcome a reprieve from an immediate crisis in her coalition, she is still under intense pressure to deliver a deal with EU partners who are deeply divided.

The issue has come to a head in the last week with a new Italian government refusing to let a ship with hundreds of migrants dock at its ports. The ship arrived in Spain on Sunday.

Merkel last week said she needed two weeks to come up with bilateral migrant deals with partners, such as Italy and Greece, similar to one agreed between Turkey and the EU in 2016.

On Sunday afternoon Merkel met with senior members of her party at the CDU headquarters to discuss the row.

A government spokesman said Merkel was also seeking talks with some EU members before the leaders summit but denied a Bild report that she was trying to set up a special summit.

There is no love lost between Seehofer and his party - facing a tough regional election in October - and Merkel, who have fought repeatedly on migrant policy in the last three years.

He was quoted in Welt am Sonntag as telling some CSU lawmakers: “I cannot work with the woman any more.”

Merkel’s handling of the migrant crisis, which has resulted in the arrival of more than 1.6 million people since 2014, is widely blamed for a surge in support for the far-right Alternative for Germany, which entered parliament after a September election.