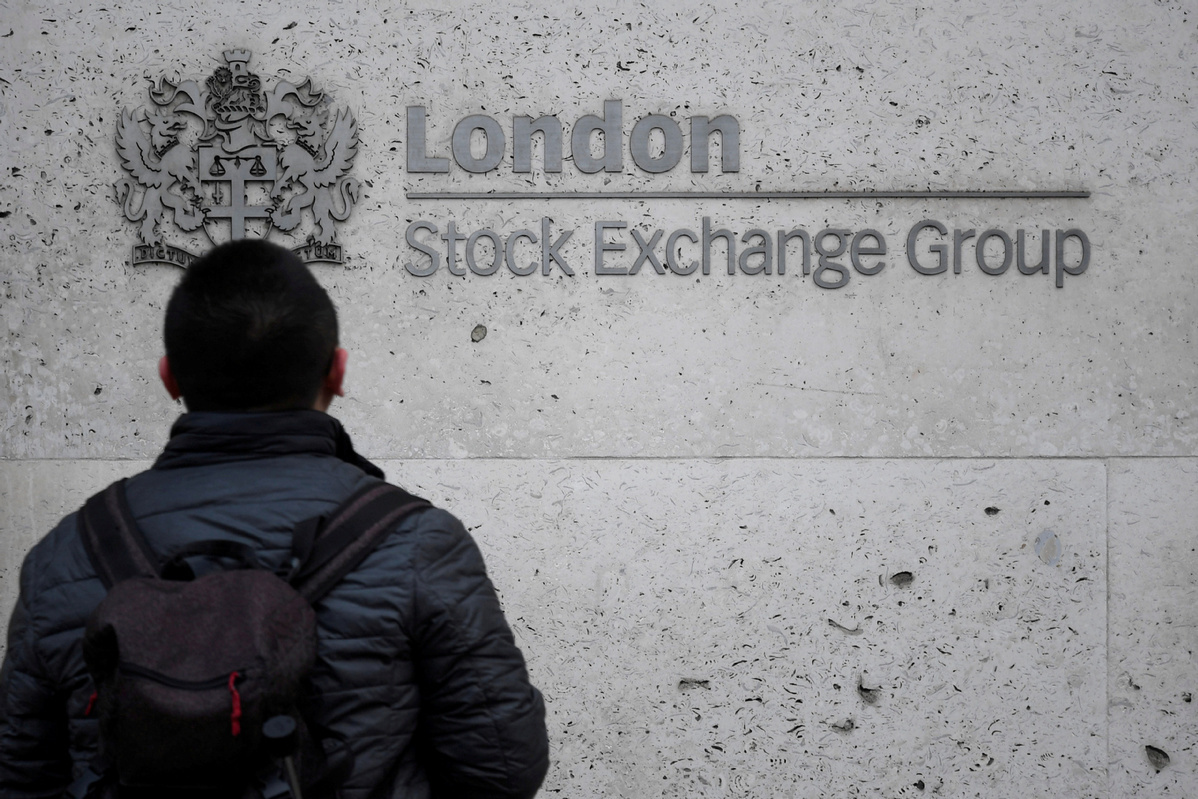 A pedestrian in front of the London Stock Exchange offices in the City of London, Britain, December 29, 2017. (File photo: Agencies)

The novel coronavirus outbreak has caused significant changes to all aspects of modern life this year, but one of the less obvious consequences has been the transformation of investment in the United Kingdom.

A survey by personal finance company Finder.com has revealed that more than one quarter of millennials, the demographic born between 1981 and 1996, have been tempted to make investments in the stock market, partly fueled by continued difficulty in getting on the property ladder and low interest rates, meaning they are looking for alternative ways to make money work for them.

The UK entered lockdown at the end of March, and official figures reveal that in the first quarter of the year, UK household consumption slumped by a record 9.5 billion pounds ($12.4 billion), with much of that coming from reduced spending on cars, clothes and socializing.

During the second quarter, there was a 250 percent increase in the opening of tax-efficient self-invested personal pensions, known as SIPPs, and ISA investment accounts by those aged 25 to 34, and a survey by fund tracker Calastone found that 69 percent of British millennials with existing investment portfolios have either added to them recently or intend to soon.

The same survey revealed that the least active of the four age groups quizzed about investment plans was the baby boomer generation, born in the 1950s and early 60s, with just 29 percent adding to their investments.

The Calastone survey revealed that, perhaps surprisingly, given the popular perception of millennial attitudes and life-style, social and environmental aspects are not especially high on the agenda when it comes to choosing investments. Just 32 percent of those questioned felt a company's ethical position was important.

Almost half the new investors questioned by Calastone said their lack of experience in the field was preventing them from investing more, and the company said their inexperience and new sets of requirements and motivations meant asset managers should do their homework to ensure they can provide the new customers with the best service possible.

Also, given the importance of technology in the lives of so many millennials, the tech sector is one which is hugely appealing as an investment opportunity, Calastone said.

"Technology brands have built such a level of trust they could pose a threat to the asset management industry, who must consider how they can remain competitive," said Calastone.