The French government on Wednesday faced criticism over the slow progress of its drive to vaccinate people against COVID-19, a problem compounded by the high levels of public scepticism about the campaign. 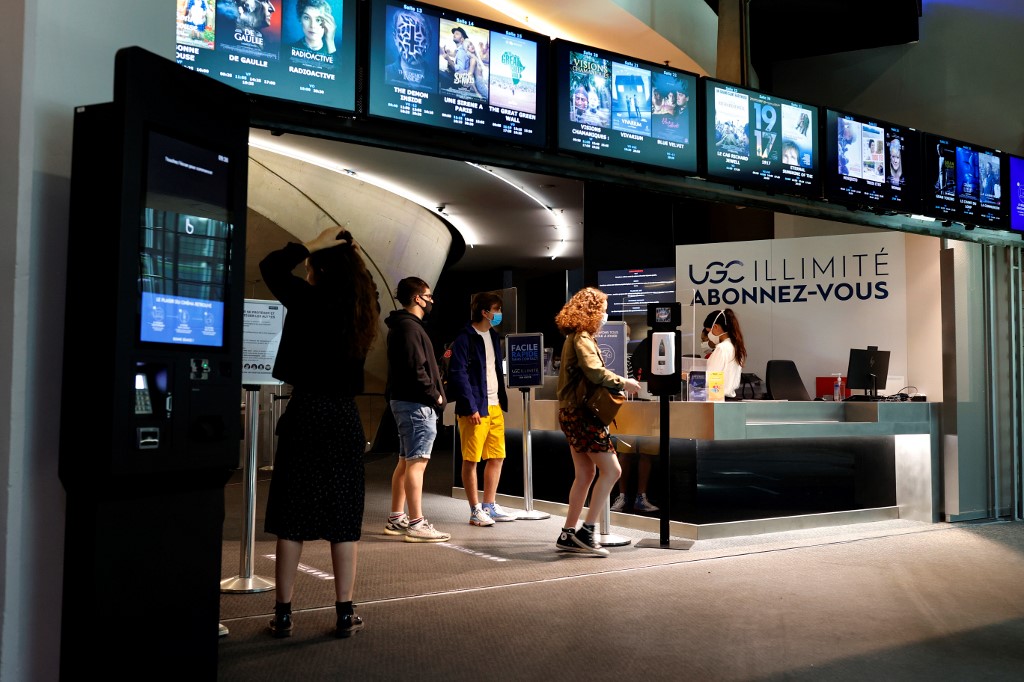 In this file photo taken on June 22, 2020 cinema-goers buy tickets prior to a movie screening in a film theatre in Paris. (Photo: AFP)

France on Sunday joined several other EU countries in launching vaccinations with the Pfizer-BioNTech jab, focussing its initial efforts on elderly residents of care homes.

But in the first three days of the campaign less than 100 people have been given the jab, -- compared to 42,000 so far in Germany -- raising questions over the government's cautious approach to vaccinating a largely sceptical population.

France's strategy "is not suited to a situation that is so dangerous," Axel Kahn, a prominent geneticist who leads the National League against Cancer told Europe 1 radio.

Kahn said the government should seek to persuade people who are hesitating to be inoculated with "transparency and enthusiasm".

"We need to protect the French people and those who are vulnerable."

He also called for health workers to be moved to the top of the queue for the jab, over the elderly.

Britain, which began vaccinations with the Pfizer-BioNTech vaccine three weeks ahead of the EU, has already vaccinated hundreds of thousands of people, while over a million have received a jab in the United States.

Philippe Juvin, emergency services chief at Georges Pompidou hospital in Paris, said that there appeared to be no national "vaccine strategy" in France.

"As an individual, I would like to be vaccinated, to set an example, and show people that we don't die from the vaccine, we die from Covid. And when we don't die, we get severe forms which are very disabling," he told CNews TV channel.

A poll on vaccine consent conducted by Ipsos Global Advisor in partnership with the World Economic Forum showed the hurdles faced by the government to achieve mass immunity.

It showed that just 40 percent of the French want to receive the vaccine.

This puts France well behind other developed nations like Britain on 77 percent and the United States on 69 per cent.

Speaking on France 2 television late Tuesday, Health Minister Olivier Veran defended the more measured pace in France, saying that officials were taking time to win people over to the idea of being vaccinated.

"It takes a little more time to get going," he said, adding he expected to catch up on the rest of the world by the end of January.

Rebuffing criticism on social media, a health ministry official said: "We have not set out for a 100-metre sprint but a marathon."

In tweets on Sunday welcoming the vaccine rollout, President Emmanuel Macron had alluded to the widespread vaccine scepticism in France.

He said "reason and science must guide us" in the homeland of Louis Pasteur, the 19th century scientist who discovered the principles of vaccination.

"The vaccine is not obligatory. Have confidence in our scientists and doctors," said Macron.