BELGRADE, Feb. 16 (Xinhua) -- The development achievements of Xinjiang Uygur Autonomous Region under the leadership of the Communist Party of China and the Chinese government cannot be shadowed by unfounded criticism, senior Serbian officials have said. 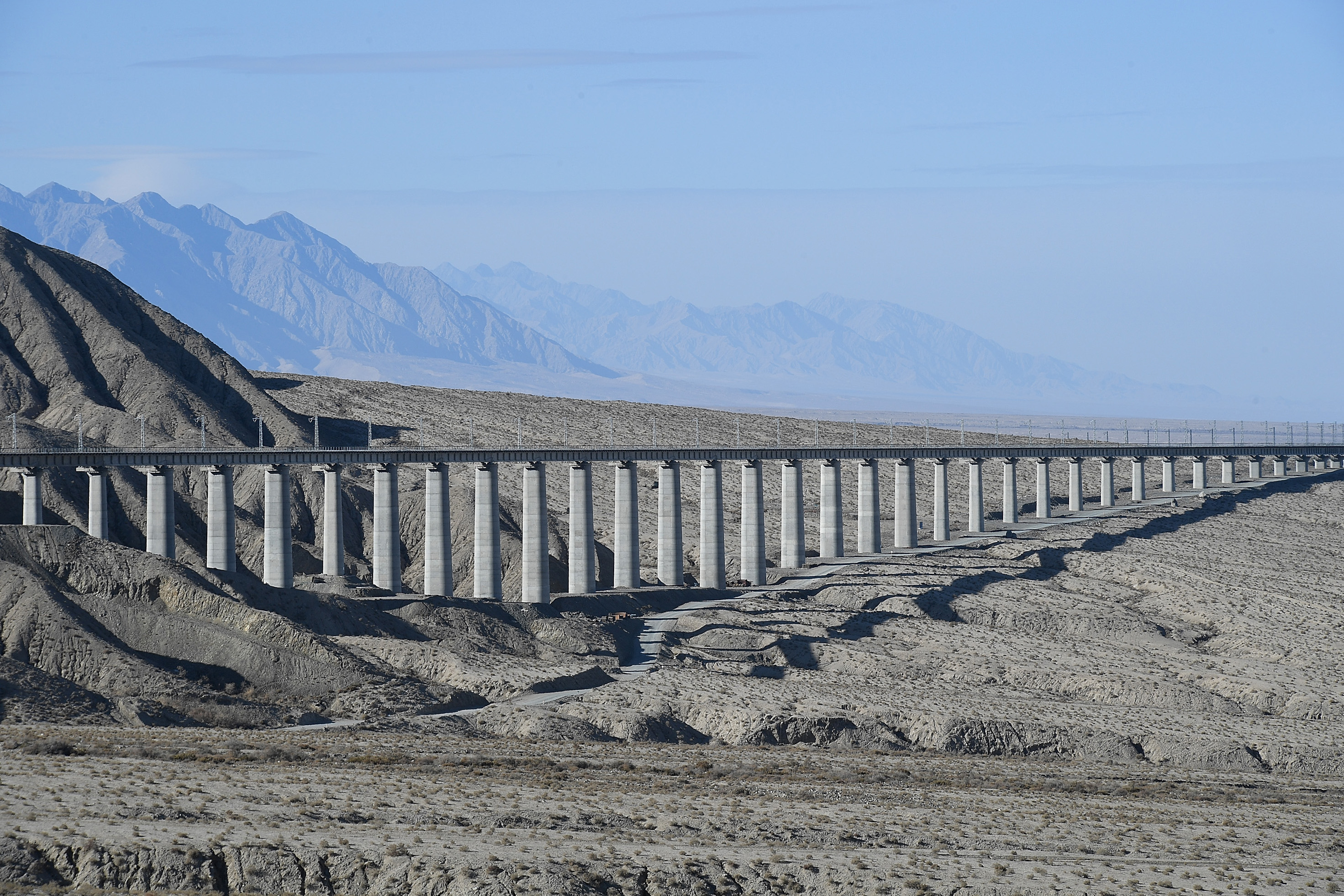 The level of development in Xinjiang and the progress that China has achieved overall are worth praise, Zarko Obradovic, a Serbian member of parliament, and Milos Vucevic, mayor of the Serbian city of Novi Sad, told Xinhua in a recent interview.

Both Obradovic and Vucevic dismissed the alleged human rights breaches in Xinjiang as unfounded.

"The numbers show that Xinjiang in the past several years saw economic growth, improvement in infrastructure, highways connecting it with other parts of China," and "improvement in people's living standards," said Obradovic, who also presides over the Serbian parliamentary friendship group with China.

"It is evident that China invests a lot in this region," he said. "Data speaks of improvement of the situation in the past several decades."

Obradovic illustrated China's achievements in Xinjiang by citing improvements made in education, social care, and healthcare. "They all contributed to the improvement of the living standard of Xinjiang's residents," he said.

Vucevic noted that Serbia rightfully sees China as a friendly and sisterly country. "China is creating progress for the benefit of all of its citizens, disregarding their national or any other identity," he said.

Referring to China as a "leading motor of the global economic growth," he said that China's achievements serve to benefit not only Xinjiang residents and people of China as a whole, but also "the whole humanity."

Obradovic said that recent Western criticism of the situation in Xinjiang, spearheaded by the former U.S. administration, is based on unfounded claims brought with the aim of slowing down China's development, and cannot survive the test of facts.

"Such things are an obvious interference in the internal affairs of a sovereign country," Obradovic said.

The increase in the number of the Uygur population in Xinjiang "speaks how unfounded their statements are," he said. "It is not only about the number of Uygurs in the region, but about the improvement of their position, which is something that China undertakes for a long time, persistently and very successfully."

Obradovic said that a great number of people that come to Xinjiang every year as tourists can testify to the real situation in the region.

The critics of China "are not interested in facts," including the improvement in the position of people, economic development, social care and healthcare, and poverty reductions, Obradovic said. "For them, it is only important that criticism exists."