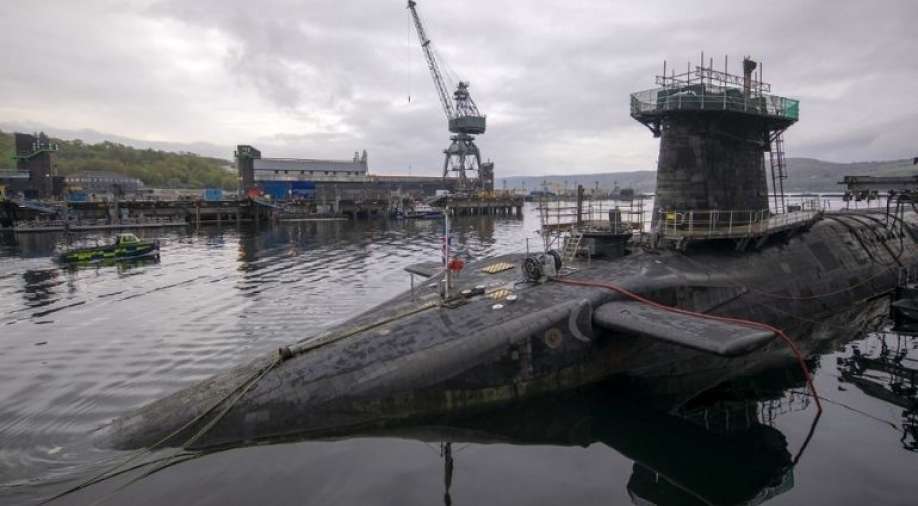 Britain is to announce an increase to its nuclear weapons stockpile as part of a wide-ranging review of security, defense and foreign policy, two newspapers said on Monday.

The Guardian and The Sun said in their online editions that the country would look to raise the number of warheads from 180 to 260 by the middle of the decade.

Both dailies said that details were contained in a leak that they had seen of the government's long-awaited Integrated Review, due to be published on Tuesday.

The review is also said to state clearly that Russia under President Vladimir Putin poses an "active threat" but describes China as providing a more "systemic challenge."

Britain's Trident nuclear program is a thorny political issue domestically, with repeated calls for it to be scrapped, given global moves toward disarmament after the end of the Cold War.

Opponents for its abolition include the main opposition Labour party and the Scottish National Party (SNP). Britain's nuclear submarine fleet is based in the west of Scotland.

The Campaign for Nuclear Disarmament (CND) called the reports "shocking" given the pressures of the global coronavirus pandemic and climate change.

She said it was "irresponsible, dangerous and violates international law." adding: "This is toxic masculinity on display."

Prime Minister Boris Johnson was expected to due to set out the conclusions of the year-long review - entitled "Global Britain in a Competitive Age - to parliament on Tuesday.

His Downing Street office billed the 100-page report as the government's "most comprehensive articulation of a foreign policy and national security approach" in decades.

It comes as London looks to reposition itself post-Brexit, rebranding itself "Global Britain" and eyeing new opportunities beyond the European Union.