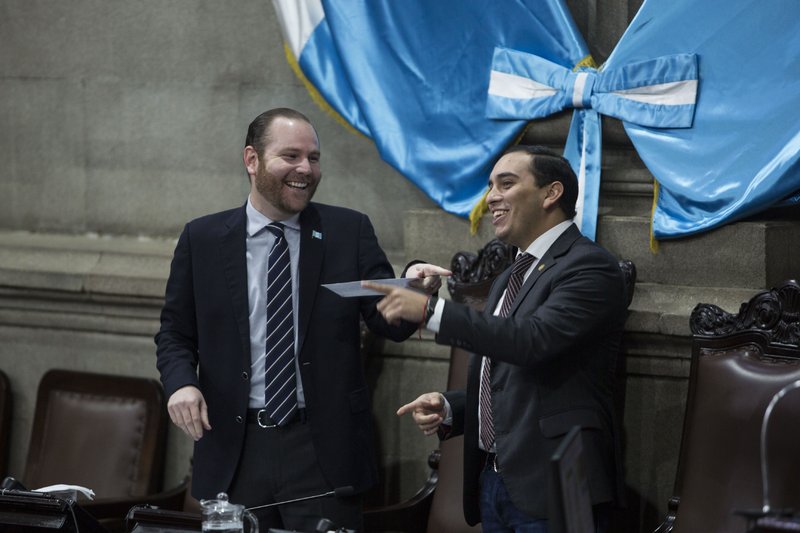 One by one, witnesses sat in the elegant wooden chair in Guatemala’s Congress in recent weeks to air their grievances against the UN-sponsored anti-graft commission that over the course of 12 years helped bring to justice hundreds of politicians, businesspeople, judges and others accused of corruption.

They have included relatives of a suspect complaining about a preventive prison order, even though he has been a fugitive from justice for six years, and allies of a man convicted of crimes against humanity during Guatemala’s bloody 1960-1996 civil war, a case in which the UN commission, known as Cicig for its initials in Spanish, was not even involved.

Cicig won plaudits at home and abroad for its work, hand-in-hand with Guatemalan prosecutors, to bring corruption cases against hundreds of the country’s powerful and privileged, including two ex-presidents and then-sitting President Otto Pérez Molina, who remains behind bars. But after its investigations touched the inner circle of current President Jimmy Morales and the president himself, he shut the commission down and it ceased functioning Sept. 3, when its mandate ran out without being renewed.

Human rights groups warned at the time of a possible backlash against those who carried out the corruption investigations, and those worries appear to have been born out in the congressional Truth Commission launched days later, tasked with compiling a report on Cicig’s activities. Critics say it seeks to discredit and undermine the commission’s work and derail ongoing prosecutions even as many of Cicig’s most high-profile investigations are set to see trial in 2020. And they fear it could be used to bring charges against investigators, judges and prosecutors whose efforts put the bigwigs behind bars.

Juan Ramón Lau, the congressman presiding over the commission, said it has heard from more than 20 people who say they were victimized by Cicig and about 40 are expected to appear before it wraps up. He defended the commission, saying its mission is for “the truth to be known about what Cicig did.”

But Iván Velásquez, a Colombian lawyer who led Cicig for years, argued that the body violates the principle of separation of powers and “constitutes an illegal interference by the legislative branch” into independent entities.

“The ultimate goal of the commission ... is to disrupt the (legal) cases that are under way,” Velásquez said.

U.N. deputy spokesman Farhan Haq said Secretary-General Antonio Guterres believes Cicig “made a decisive contribution to strengthen the rule of law as well as strengthen investigation and prosecution capacities in Guatemala over its 12 years of operation.”

He added that Guterres thanked Cicig workers for “their professionalism and commitment to assist in the cause of justice. He also trusts that efforts to fight impunity will continue” in Guatemala.

After the Supreme Court ruled an initial congressional vote to establish a Truth Commission unconstitutional, congressional President Álvaro Arzú Escobar sidestepped that decision and set up the commission unilaterally. Arzú is the son of a deceased former president who was accused of corruption by Cicig, and a number of other lawmakers are themselves linked to graft cases.

One of the first to testify to the commission was Erwin Sperisen, a Guatemalan-Swiss dual national and former police chief accused of the extrajudicial killings of seven prisoners in 2006. He subsequently fled to Switzerland, where he was arrested, tried and convicted, in part on evidence provided by Cicig.

In a video call from Switzerland, Sperisen told Guatemalan lawmakers that “the truth was twisted” in his case and proclaimed his innocence. Days later the Swiss courts upheld his 15-year prison sentence for the killings.

Asked about the credibility of some of the testimonies, Lau said the commission will hear from anyone who feels aggrieved by Cicig.

He said the case he found most impactful was that of Jesús Oliva, a doctor who sat on the Social Security Institute’s board of directors and was accused of participating in the irregular awarding of a $16 million medicine contract. He died by suicide behind bars.

Oliva’s relatives testified that he had spent three years under preventive detention while suffering from diabetes and depression and had been denied house arrest or other alternatives to detention — a decision that would have been up to a judge, and not prosecutors or Cicig.

Lau said Olivia suffered behind bars and was effectively subjected to an “anticipated conviction.” He also argued that Oliva’s arrest at home by several dozens of agents was “inhuman” and constituted “excessive force.”

Lau, whose term in Congress ends in January four days before the commission is set to finish, has not been accused of corruption, but critics see him as a political operator on behalf of lawmakers who are under investigation.

Constitutional lawyer and analyst Alejandro Balsells said the commission has a “clear conflict of interest” and criticized it as a spectacle to mislead the Guatemalan people without any legal foundation whatsoever.

“The only thing it demonstrates,” Balsells said, “is the degree of absolute contempt there is for the judicial system in the country.”