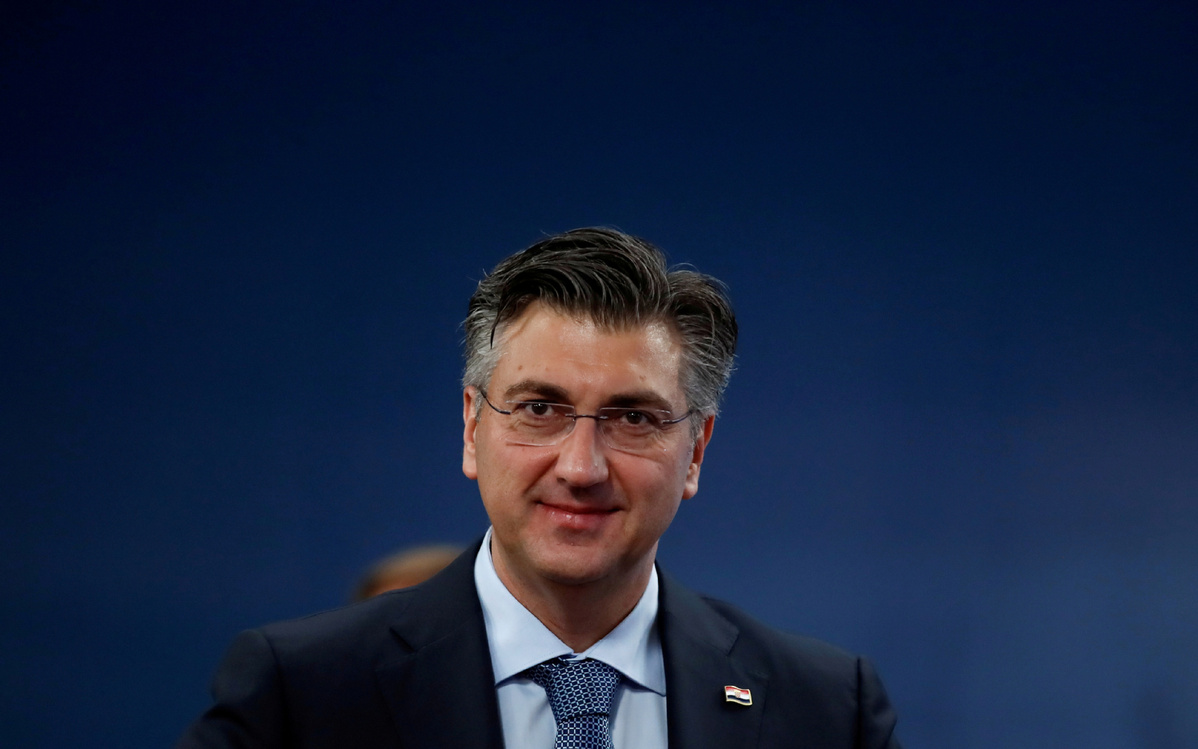 ZAGREB - Croatian Prime Minister Andrej Plenkovic announced his candidacy here on Monday for the Croatian Democratic Union (HDZ) president who will be elected on March 15.

Plenkovic has been leading the HDZ since July 2016 when he was elected as the new president with no other candidate standing in the internal party elections. This year he will have a strong opponent, Miro Kovac, former Croatian foreign minister.

For the first time, the internal party elections for the president, deputy president, and four vice-presidents of the party are organized on the principle "one member, one vote", and 220,000 party members will be able to participate.

Since Plenkovic took over the HDZ and, a few months later, became the Prime Minister, the conservative party has moved closer to the center-right. He formed the ruling coalition with the social-liberal party, Croatian People's Party, which was not accepted well among more conservative wing in the HDZ.

Miro Kovac recently said that the HDZ needs a change because they had experienced two major setbacks in the European and presidential elections.

On Sunday, one of the prominent party members and current deputy HDZ president, Milijan Brkic, expressed support for Kovac and his team in the upcoming elections.