The protests occurred after Indianapolis police shot and killed a man after a car and foot chase in an incident Wednesday night on the city's north side.

The Indianapolis Police Department said the man shot at an officer, who returned fire.

A live video about the incident reportedly appeared on social media and civil rights groups had called for a thorough investigation into the incident.

On Wednesday night, dozens of people gathered near the shooting scene, demanding justice, according to local media.

The third incident involved an Indianapolis police officer who struck and killed a pregnant woman walking on an expressway ramp late Wednesday.

Indianapolis police chief Randal Taylor said it was a "tragedy."

The Indianapolis Metropolitan Police has pledged "thorough and transparent" investigations into the incidents. 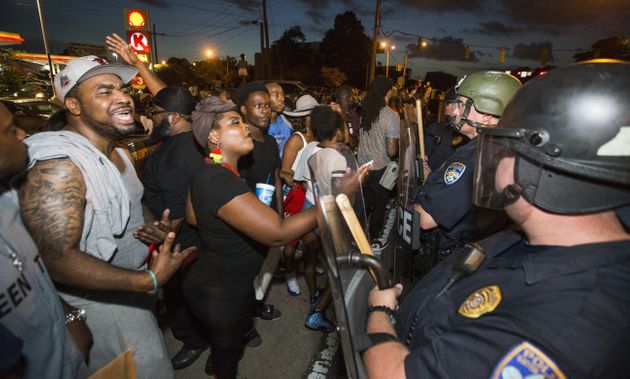