WORLD Crucial to life, oceans get chance in climate spotlight

Crucial to life, oceans get chance in climate spotlight

Armed with better data than ever before, scientists have in recent months sounded the alarm over the rising pace of global warming and the parlous state of Nature. 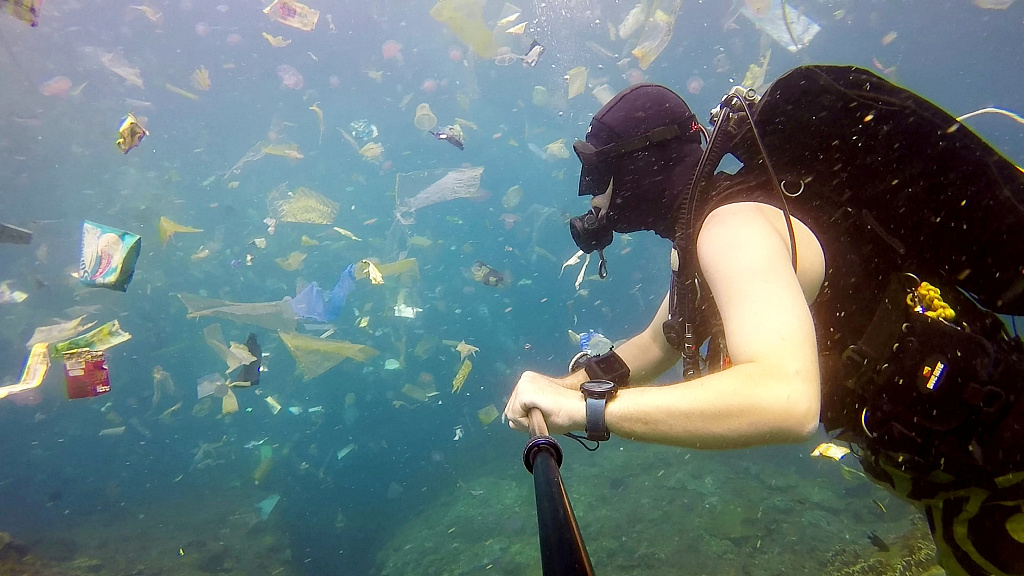 But there is another area of concern, one that covers two thirds of the planet and plays a crucial role in absorbing dangerous greenhouse gases and regulating everything from food chains to weather patterns.

Oceans are crucial to life on Earth, yet they frequently only feature in the environment debate when plastic pollution or fish-stock declines are discussed.

"We have an important opportunity over the next 18 months to do something for oceans," said Dan Laffoley, from the International Union for the Conservation of Nature.

The United Nations Intergovernmental Panel on Climate Change, which released a landmark report in October 2018 warning of the effects of global temperature rises, will this September publish its latest assessment on the state of oceans.

"The IPCC report will be fairly grim," said Lisa Speer, director of the international oceans programme at the Natural Resources Defence Council.

As greenhouse gas levels in the atmosphere climb ever higher, so do sea-levels; oceans currently encroach on the land around 3.3 millimetres (0.13 inches) a year, and the rate is accelerating.

The last IPCC assessment, in 2014, predicted that sea levels could rise as much as one metre (3.3 feet) by the end of the century.

But more recent studies using more varied scenario planning have said that current warming trends could lift the seas as much as two metres by 2100.

"We scientists are taken aback by the scale, depth and speed of the change," he said ahead of World Oceans Day on Saturday.

Oceans absorb around a third of all manmade CO2, and 90 percent of the excess heat created by those emissions goes into the sea.

In doing so, the ocean surface heats and becomes more acidic, something that has already decimated coral populations on reefs throughout the seas.

Oceans contain 97 percent of all living space on Earth and, just like forests, they help keep the atmosphere breathable. But there is a limit to how much CO2 they can absorb.

"Every second breath we take comes from oxygen produced by the ocean, so it's time for us to make some radical changes," said Peter Thomson, UN special envoy for oceans.

Activists and monitors hope that the IPCC oceans report will spark similar alarm among policymakers that its climate assessment did last year.

Chilean President Sebastian Pinera, whose country will host the COP25 UN climate summit in December, has dedicated the conference to oceans.

"It will stay in our memories as the blue COP," he said this year.

While environmentalists have welcomed the increasing political attention on oceans, they stress that concrete action is needed to arrest the rapid damage spreading through the seas.

Countries must "introduce measures related to oceans in their national commitments" to battle climate change, according to Raphael Cuvelier, projects coordinator at the Prince Albert II of Monaco Foundation, which focuses on oceans.

"Living areas in the oceans are shrinking," said Callum Roberts, an oceanologist at the University of York.

"We are seeing how larger marine protected areas can reverse these trends. We can counteract the changes caused by climate change."

Other experts stress the importance of what is known as "blue carbon" -- the amount of CO2 absorbed by ocean plants such as seagrass and mangroves.

A diplomat involved in the UN climate change discussion said preserving areas rich in blue carbon was beneficial for both the climate and humanity.

"There are significant synergies between climate change mitigation, with carbon storage, and adaptation, looking at the importance of mangroves in protecting against storms and rising sea levels, as well as for biodiversity," he said.