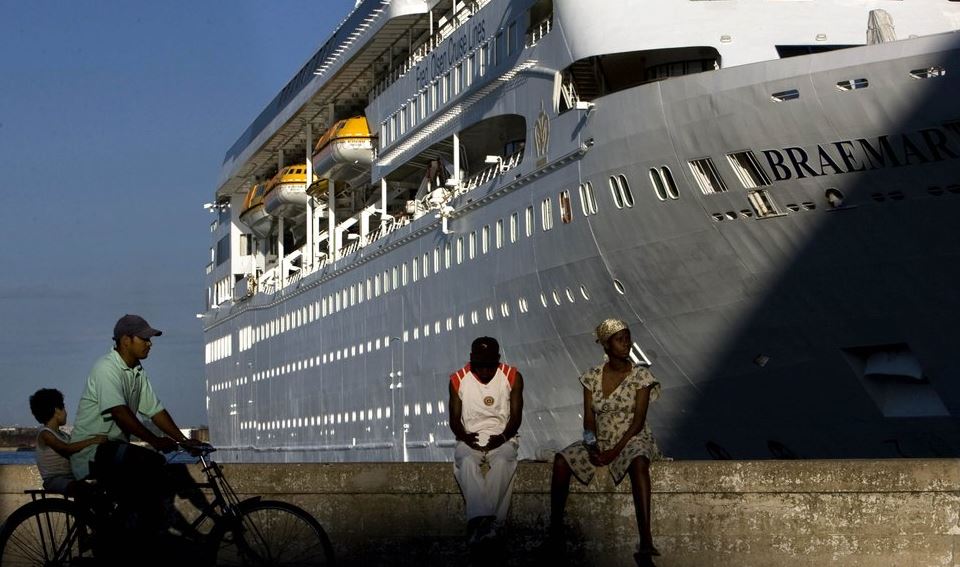 The Fred Olson Cruise Liner Braemar is docked at the port in Havana, Cuba in 2008. (File photo: AP)

A British cruise ship turned away by the Dominican Republic after passengers suffered flu-like symptoms was awaiting approval to dock on the island of St. Maarten on Friday, officials said.

Dominican officials said they barred the Braemar from the Romana cruise port — where the cruise had been scheduled to end — after its captain reported four Filipinos, two British citizens and two US citizens under medical observation for symptoms such as fever, coughing, or breathing difficulty.

Fred. Olsen Cruise Lines said in an emailed statement that it had reported “a small number of influenza-like cases on board” that did not appear linked to the new coronavirus and the patients had recovered.

“It is our opinion that this is an overreaction by the Dominican Republic,″ Fred. Olsen said in a written statement.

The ship sailed to the Dutch island of St. Maarten and was awaiting approval to dock there Friday morning, port officials in St. Maarten said.

The cruise line’s website shows the ship had been due to pick up another load of passengers and set off on a new cruise Thursday night. The cruise line said it had sent a team to the Dominican Republic to help those passengers get home.

The Braemar’s troubles shifted attention from the long-suffering passengers of the MSC Meraviglia, which had been turned away from two ports before docking in Mexico’s Caribbean coast resort of Cozumel on Thursday. They weren’t allowed off for a day while health checks were carried out. Tests found influenza, but not the COVID-19 virus, in a crew member and passenger, opening the way for others aboard the ship to finally disembark.

Some of the roughly 4,500 passengers went ashore in Cozumel on Friday, according to MSC cruises.

“Spirits, overall, were high – especially in light of the difficult situation that had developed over the previous day, “ according to the company, which said it will offer passengers 100 percent refunds of cruise fares “due to the disruptive nature of their vacation.”

The ship was scheduled to depart Cozumel late Friday and return to its home port of Miami on Sunday.