Ted Cruz’s political career already featured many surprise twists before a jaunt to Mexico this week brought him a new level of notoriety. 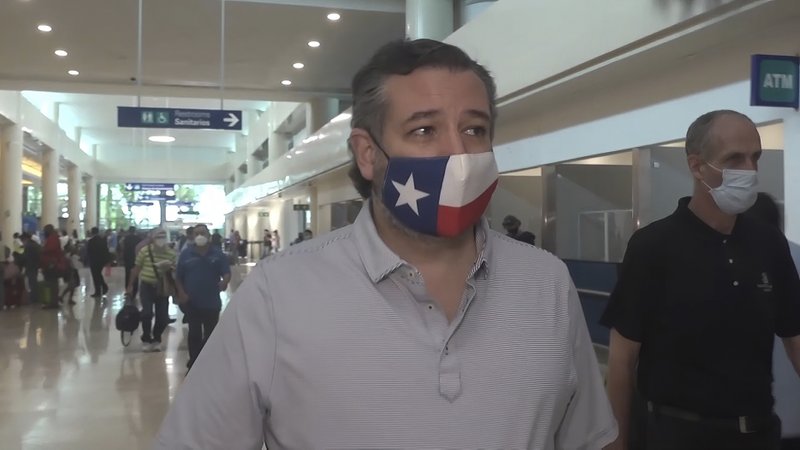 In this image from video, Sen. Ted Cruz, R-Texas, walks to check in for his flight back to the U.S., at Cancun International Airport in Cancun, Mexico, Thursday, Feb. 18, 2021. (Photo: AP)

The Texas senator was once the biggest threat to Donald Trump capturing the 2016 presidential nomination. During a particularly bitter stretch of that year’s Republican primary, Cruz called Trump a “coward” and “pathological liar.” By last month, however, Cruz was one of Trump’s staunchest allies and a leader in the former president’s baseless attempt to overturn the November election.

Such shifts are intended to keep Cruz in a strong position with the GOP base if he runs for the White House again in 2024. But they’ve also turned him into one of Washington’s most villainized figures, someone willing to take any politically convenient position if it keeps his future ambitions alive.

Cruz is under further attack for traveling to Cancun while his constituents suffered through a deadly winter storm that left hundreds of thousands without power and running water. His explanation — that his daughters pushed for the getaway because they were out of school — was particularly panned.

The optics of the trip are hardly ideal. But the question is whether, three years before he faces voters again, the political fallout will last.

“Ted Cruz is feeling the first post-Trump controversy,” said New Hampshire-based Republican strategist Mike Biundo. “I don’t think anybody knows exactly what will happen in this new reality that we’re living in.”

Before Trump got to Washington, scandals, lies and sometimes even simple but major gaffes wrecked political careers.

Once Trump was in the White House, his outlandish antics attracted so much attention that something that simply looked bad, like a senator’s leaving on vacation while his state was suffering, wouldn’t receive much notice.

Cruz is now navigating how much damage control is needed in a post-Trump political landscape.