WORLD Cuba condemns US for adding it to terrorism blacklist

Cuba condemns US for adding it to terrorism blacklist 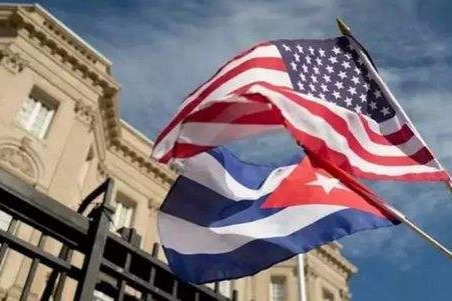 Cuba condemns the US-announced "hypocritical and cynical designation" of the country as "a state sponsoring terrorism," the minister said on Twitter.

"The US political opportunism is recognized by those who are honestly concerned about the scourge of terrorism and its victims," he added.

In 2020, as the island nation strove to slow the spread of the COVID-19 pandemic nationwide, Washington included Havana in the list of countries that "do not fully cooperate with the US counter-terrorism efforts."

In 2015, under the administration of then US President Barack Obama, Cuba was removed from the list of state sponsors of terrorism as the two countries re-established diplomatic ties. However, US sanctions on Cuba have not been fully lifted.

The embargo has been tightened by US President Donald Trump's administration, which has banned US flights to Cuban cities except Havana, barred US cruise ships and yachts from visiting Cuba, and limited remittances Cuban-Americans send to their families on the island nation.