Cuba denounces US toughening of embargoes

HAVANA, Nov. 17 (Xinhua) - The Cuban government on Saturday denounced the US toughening of the economic, trade and financial embargoes against the Caribbean island nation since 1962.

In September, the Trump Administration extended the sanctions for another year. On Nov. 14, the US State Department announced an additional list of Cuban entities that it considered are associated with military or intelligence departments. 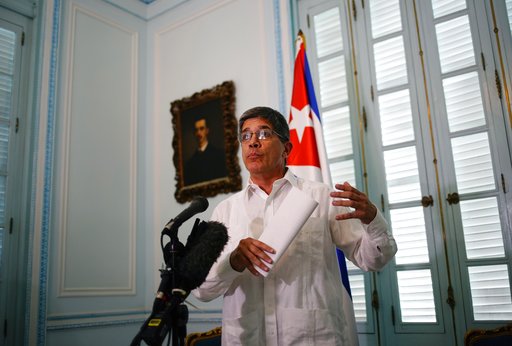 Cuban Foreign Ministry's director of US affairs Carlos Fernandez de Cossio criticized "the aggressive decision of the US government to incorporate 26 new Cuban companies into the arbitrary list of prohibited entities for any type of transaction with US companies and citizens."

That list seeks to "continue to tighten the blockade, economically suffocate Cuba and try to demonize it with dishonest accusations," Fernandez de Cossio said in a statement published on the foreign ministry's website.

The US move represents another setback in the relations between the two countries since the restrictive measures ordered by President Donald Trump in June last year.

According to the US State Department, the sanctions list will be updated periodically and now includes more than 200 Cuban entities.

The hotels that were most recently added to the list include some run by foreign entities, such as the Grand Packard Hotel in Havana, and the Bella Vista Hotel in Varadero, both run by the Spanish company Iberostar.

In November, the General Assembly of the United Nations rejected almost unanimously the US economic blockade against Cuba.