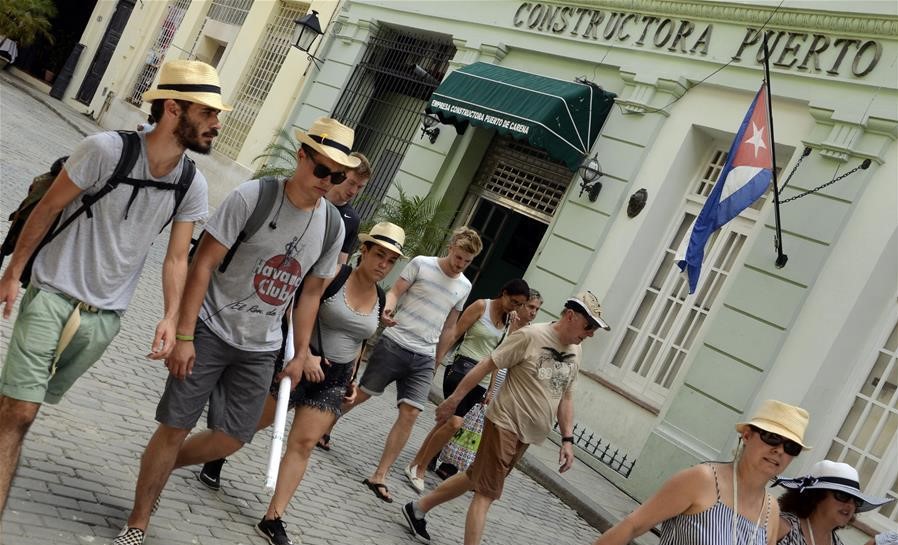 HAVANA, Sept. 10 (Xinhua) -- Cuba's tourism industry is preparing for the year-end high season, hoping to see an increase in foreign visitors despite deteriorating ties with the United States.

Considered the most dynamic sector of the national economy, tourism has suffered from travel restrictions reimposed by the administration of US President Donald Trump.

Regulations that once again make it difficult for Americans to travel to Cuba -- following a brief period of detente under Trump's predecessor Barack Obama -- have led US airlines to scale back flights to Havana and other Cuban cities.

However, Cuban tourism officials are optimistic.

"We are going to grow despite the tough circumstances," Jose Daniel Alonso, director of development at the Ministry of Tourism (Mintur), told reporters recently.

The first half of 2018 closed with the same number of foreign visitor arrivals as that in 2017, according to Mintur, which said 3 million international visitors traveled to the island "amid campaigns organized and directed by the US government to discourage the flow of American visitors to our country."

Cruise ship arrivals have intensified and are expected to maintain that pace, said Alonso.

At least 25 ships operated by 17 different cruise lines are scheduled to sail into Cuban harbors this season.

At a tourism trade fair in Mexico City recently, Cuba showcased its tourism attractions, and facilities for incentive and business travel, including new hotels.

On Monday, Spanish hotel chain Iberostar is set to open a revamped luxury property in Havana, the 321-room Iberostar Grand Packard housed in a renovated building dating from 1911.

The Grand Packard is a classic hotel that has hosted great personalities such as Pablo Neruda and Marlon Brando.