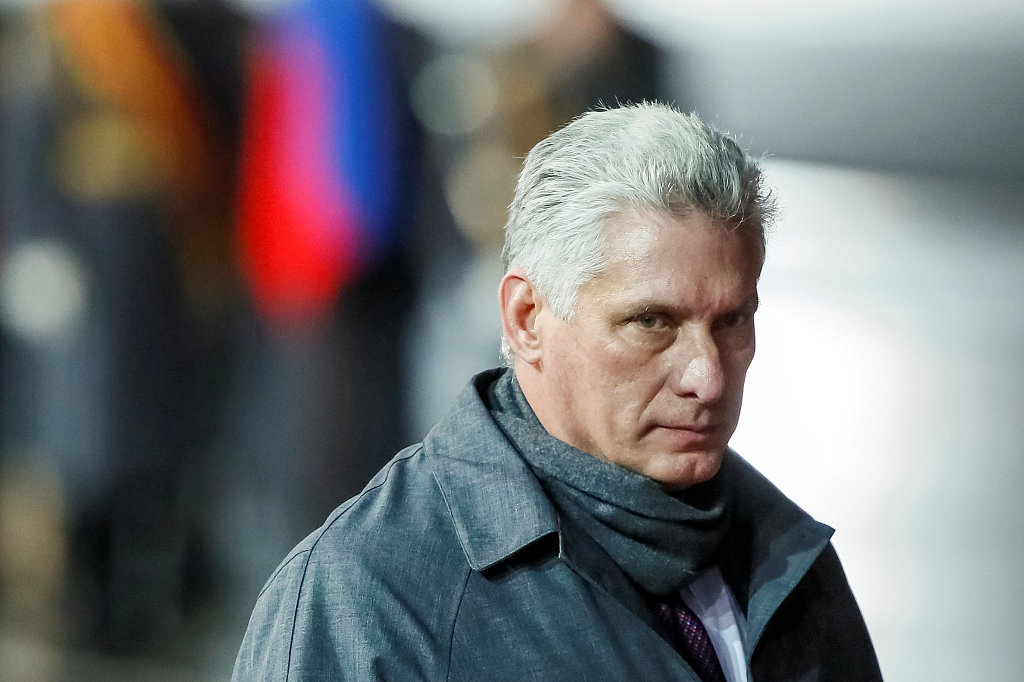 HAVANA, JAN. 17 (Xinhua) -- Cuban President Miguel Diaz-Canel on Thursday rejected what he called the latest "provocation" by the United States, which aims to bolster legal action against Cuban nationalization of property.

"We vehemently reject this new interventionist provocation which violates international law. The US government is showing its contempt for the rest of the world," Diaz-Canel said via Twitter. On Wednesday, US Secretary of State Mike Pompeo said the United States is considering implementing a law suspended since its creation in 1996, which would allow US citizens to sue foreign companies or individuals over property seized from them by the Cuban government. The so-called Title III rule forms part of the Helms-Burton Act, which codified all US sanctions against Cuba into law 23 years ago. It has been waived by every president ever since, Democrats and Republicans alike, including Donald Trump, due to opposition from the international community. However, Trump administration on Wednesday suspended it for a period of just 45 days rather than the customary six months, saying it wanted to take a fresh look at allowing it to go into effect. Cuba's Ministry of Foreign Affairs on Thursday condemned Washington's recent "political maneuver," saying "Cuba strongly rejects the threat to activate the law." Cuban Foreign Affairs Minister Bruno Rodriguez said "the Helms-Burton Act is illegal, inapplicable and void of any value or legal effect." The provision within the Helms-Burton Act could potentially mire Cuba in the courts by allowing Cubans who fled the island following the 1959 Revolution and settled in the United States to claim rights to properties nationalized decades ago. If Title III were to take effect, it would likely dash foreign investment that Cuba has been seeking to further develop its economy. "Among the main objectives of the Helms-Burton Act has been to hamper Cuba's economic, commercial and financial relations with third countries and affect its ability to attract direct investment of foreign capital for its development," the ministry said.