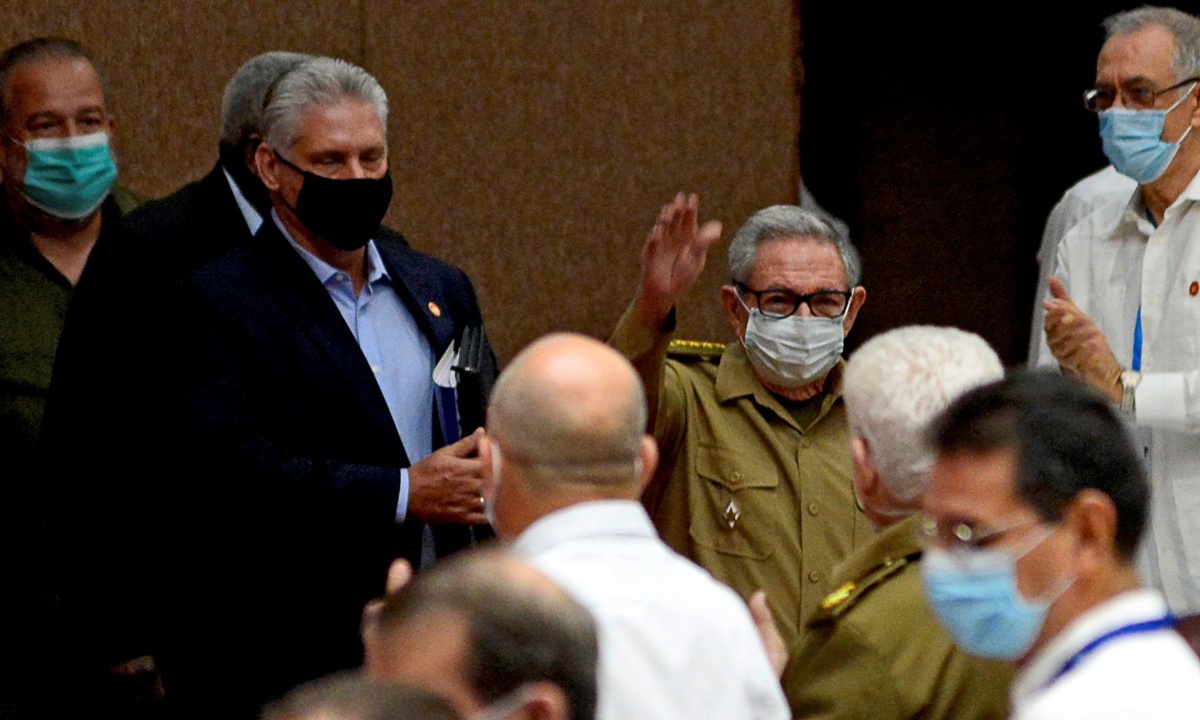 First Secretary of the Central Committee of the Communist Party of Cuba Raul Castro Ruz attends the Fifth Regular Session of the Ninth National Congress in Havana, Cuba on October 28. (Photo: VCG)

Cuba on Tuesday rejected a US government report concluding that directed radio frequency was the most plausible explanation for mysterious ailments suffered by US diplomats in Havana and elsewhere, calling it more "very unlikely" hypothesis than "demonstrated fact."

Between 2016 and 2018, dozens of US embassy staff, largely in Cuba, reported symptoms that included hearing loss, vertigo, headaches and fatigue, a pattern consistent with mild traumatic brain injury that came to be known as the "Havana syndrome."

Canada has said more than a dozen of its embassy staff and relatives stationed in Havana experienced similar symptoms.

The administration of US President Donald Trump said the diplomats were attacked by some sort of secret weapon.

Cuba has repeatedly said there is no evidence for that and denied any involvement.

The Cuban Academy of Sciences said on Tuesday the report by the US National Academies of Sciences, Engineering, and Medicine, commissioned by the US State Department and published on December 6, gives no scientific evidence of the existence of radio frequency waves.

"Cuba's Academy of Sciences disagrees with the final conclusion regarding the causes of the ailments," the academy said in a statement read to journalists by its President Luis Velazquez. Velazquez, who did not take any questions at the news briefing in Havana, said the "investigation about these health ailments has suffered from a lack of fluid communication between US and Cuban scientists."

Havana said the Trump administration has used the health incidents to further its political agenda of dismantling US-Cuban relations. Ties had warmed during Obama's tenure.