HAVANA, Aug. 7 (Xinhua) -- Cuba's Jhoen Lefont has just broken his own record for the fifth time, earning yet another entry in Guinness World Records for his unique ability to repeatedly bounce a soccer ball on his head while keeping afloat. 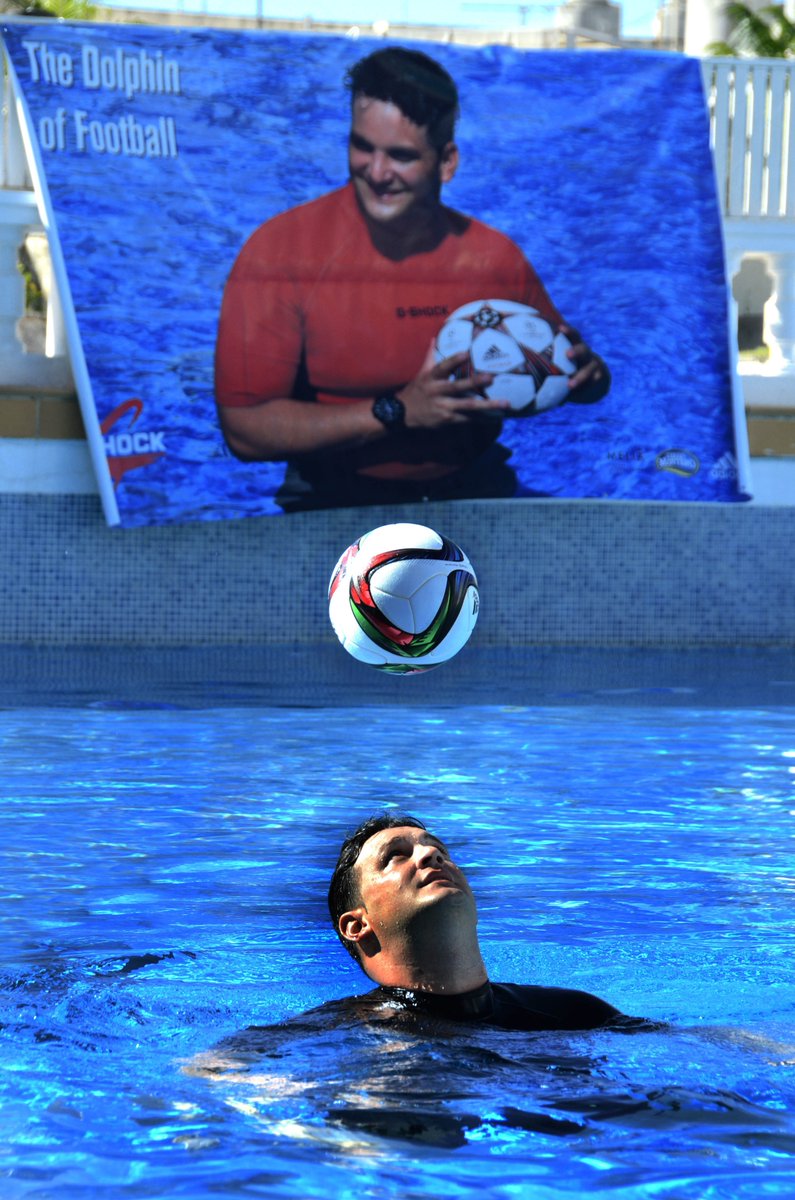 On Saturday, Lefont bounced the ball 162 times a minute for a total of 1,664 times as he waded in the pool at Havana's Melia Cohiba Hotel, setting two records at once, and securing his title for "most consecutive football touches with the head whilst treading water."

"The idea to attempt two records at the same time came about during training, and because I felt physically ready," Lefont told Xinhua after emerging from the pool.

Lefont, known in Cuba as the "Dolphin of Football," easily broke the minute record and without leaving the pool or resting, he tackled the total record.

Surprisingly his biggest enemy isn't fatigue from bouncing a ball while trying not to sink to the bottom, but wind.

"The wind always works against me in outdoor pools. I had to keep the ball close, very close to my head and not hit it too high, otherwise a gust of wind could send it into the water," the 31-year-old Lefont said.

The agile swimmer grew up in the Cuban city of Matanzas and first took to the pool at the age of 10 at the Superior School of Athletic Improvement. He went on to compete in water polo on both the national junior and adult teams. 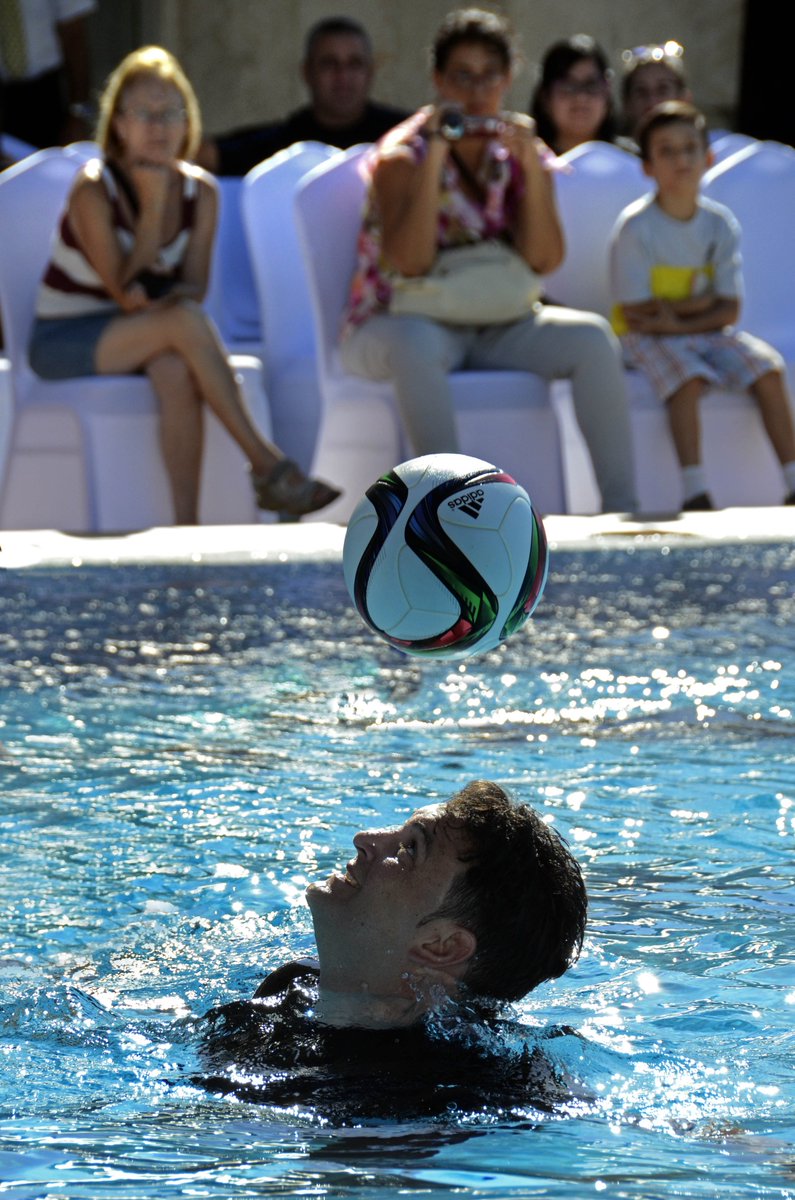 Lefont was also fond of football and had a natural ability to control the ball with his head. He eventually combined his two passions into a profitable record-breaking pastime.

"I began working on controlling the ball when I was 12, almost like a game. I never imagined that ability, with time, would become a profession," he said.

After strenuous water polo training sessions, when his teammates would leave the pool, Lefont would take a soccer ball and bounce it on his head while still in the water, "just to relax and destress from the pressures of training."

Nearly all his trainers told him it was a waste of time. It was the director of the national water polo team, Jorge del Valle, who understood the value of Lefont's efforts.

Del Valle introduced him to Douglas Hernandez, the first Cuban to set a Guinness record for controlling a soccer ball, though on land.

Hernandez became his adviser and on Nov. 28, 2010, Lefont set his first record by bouncing the ball a thousand times.

All of Lefont's attempted feats draw a lot of interest. In addition to Hernandez, other Cuban world record holders were at the pool on Saturday to lend their moral support, including Erick Hernandez, Luis Carlos Garcia and Jose Cueto Castelar, who holds the title for rolling the world's longest cigar, measuring nearly 82 meters.

Lefont is now working on breaking another record: swimming 50 meters in a minute and 20 seconds while balancing a ball on his head.