WORLD Cuba says it is surprised, irritated by new US charge

Cuba says it is surprised, irritated by new US charge 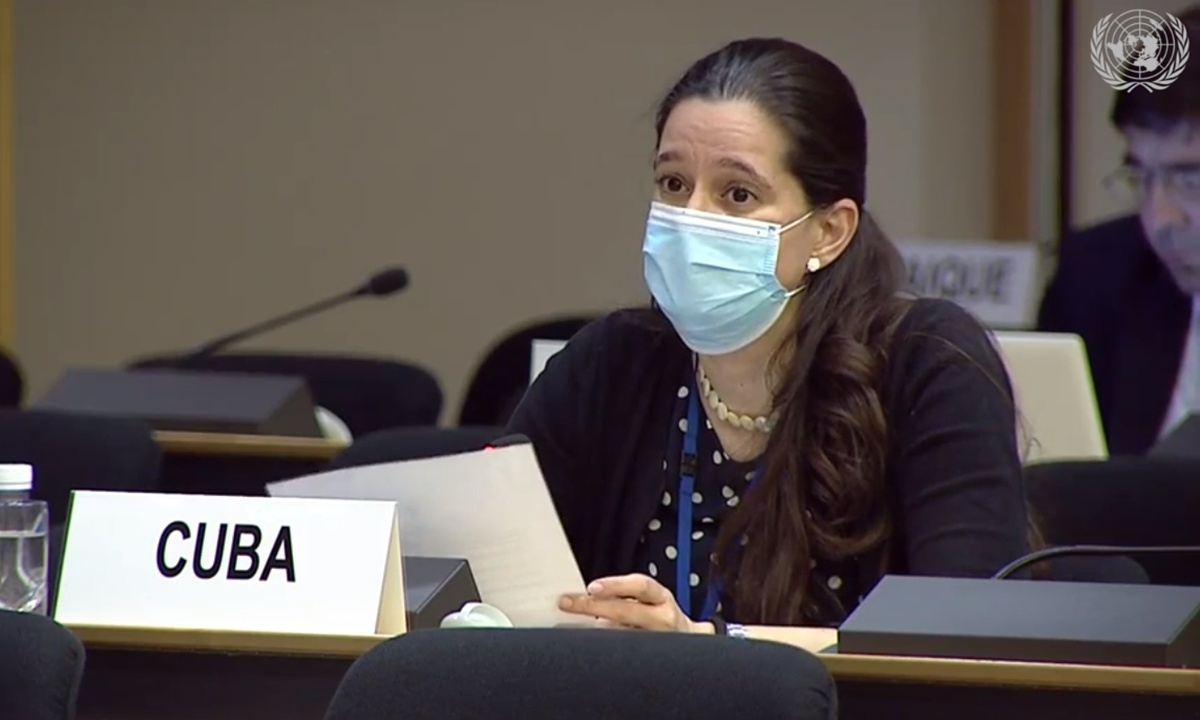 The representative from Cuba at the 44th Session of the United Nations Human Rights Council in Geneva (Photo: Screenshot of UN Web TV)

Cuba charged on Tuesday that the Biden administration has continued the policies of former US president Donald Trump against Havana with a decision to maintain a Trump-era determination that it is not fully cooperating in the fight against terrorism.

"I hereby determine and certify to the Congress that the following countries are not cooperating fully with United States antiterrorism efforts," US Secretary of State Antony Blinken wrote in a brief note, which listed Cuba along with Iran, the Democratic People's Republic of Korea, Syria and Venezuela.

The note was signed by Blinken on May 14 but was not released until Tuesday.

"The slander is surprising and irritating as are the application of Trump's policy and his 243 sanctions," Cuban Foreign Minister Bruno Rodriguez tweeted.

Asked to explain the US decision, a US State Department representative said on Tuesday, "In making the annual determination on 'not cooperating fully,' we undertake a review of a country's overall level of cooperation in our efforts to fight terrorism."

Those who supported detente on and off the Caribbean island had high hopes US President Joe Biden would quickly reverse Trump's policy, but his administration has said that a shift in policy toward Cuba is not among its top foreign priorities.

"Biden has been largely inactive and silent on Cuba policy, indicating a lack of shift away from Trump's posture," said Andrew Zimbalist, a Cuba expert at Smith College in Northampton, Massachusetts.