HAVANA, May 30 (Xinhua) -- With a symbolic release of about 6,000 pigeons all over the country, the Cubans on Sunday condemned the six-decade U.S. embargo against the island, known as the blockade among locals. 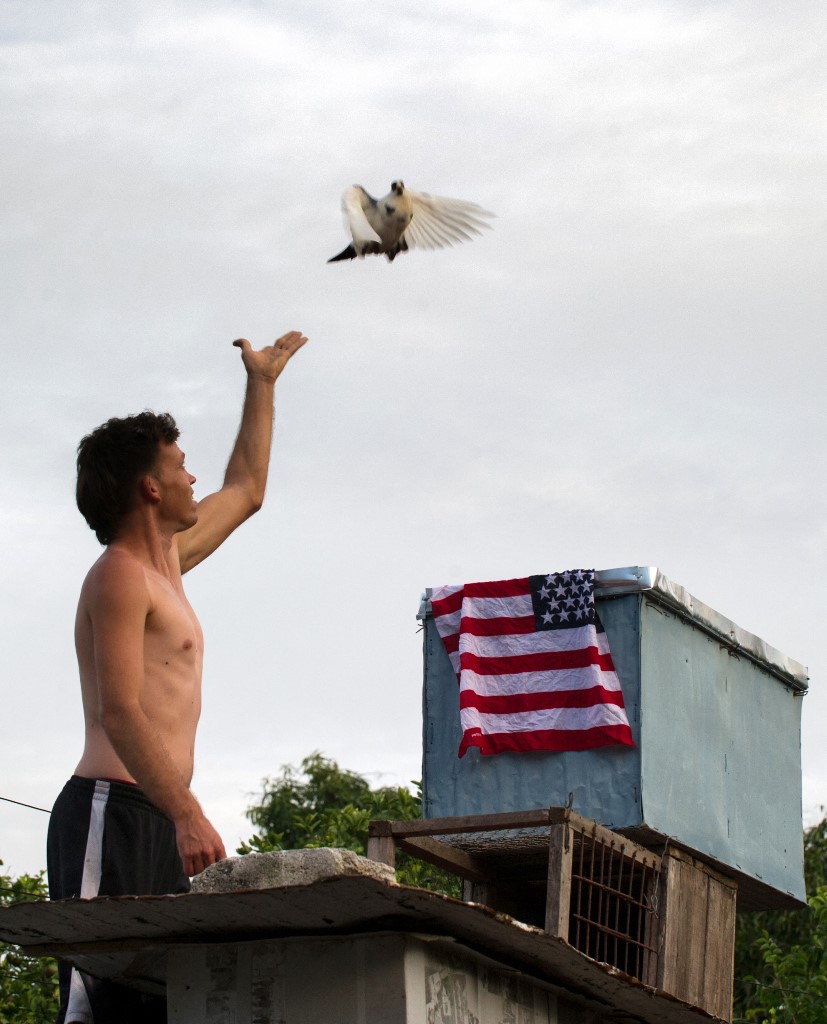 In Havana, participants gathered at the National Hotel's gardens, where Cuban flags and patriotic banners in support of the socialist revolution were placed.

The event was attended by representatives of the island's Ministry of Foreign Affairs, the Cuban Pigeon Fanciers Federation, and the country's social organizations.

"People who love Cuba stand against the U.S. blockade," Andres Carvajal, president of the students' league at the Technological University of Havana, told Xinhua. "We are sending a peace message," he added.

The event came as the island nation registered 1,079 new COVID-19 infections and seven related deaths in the past 24 hours, taking the national caseload to 141,166 and death toll to 950.

Fermin Quinones, president of the Cuban Association of the United Nations (ACNU), told Xinhua that the U.S. embargo continued to affect the social and economic development of the Caribbean nation.

"It is part of a global initiative in solidarity with the Cuban people, which has taken place in more than 70 countries over the weekend," he said. "We want to raise awareness about the necessity to put an end to the U.S. blockade on Cuba."

Meanwhile, hundreds of people also participated in a car and bicycle caravan against the embargo in the central province of Ciego de Avila.

In addition, some 50 yachts took part in a regatta that navigated along the southern Cuban city of Cienfuegos's sea boulevard as dozens of masked people waved from the shore.

On June 23, the Cuban government will present its annual draft resolution against the embargo before the UN General Assembly, which was postponed last year in the wake of the COVID-19 pandemic.

In a morning tweet, Cuban Minister of Foreign Affairs Bruno Rodriguez said: "As the world demands to build bridges of love amid the pandemic, the U.S. government keeps Donald Trump's measures that affect the Cuban people intact."

"The fight against the COVID-19 (pandemic) is universal, so is the claim against the blockade," he added.

First imposed in 1962, the U.S. embargo on Cuba was reinforced by former U.S. President Donald Trump's administration, which adopted more than 240 economic measures against the island.

Those measures include banning U.S. flights to Cuban cities except Havana, barring U.S. cruise ships and yachts from visiting the Caribbean nation, and limiting remittances that Cuban Americans send to their families on the island.