Cuba slams new US sanctions for trade links with Venezuela 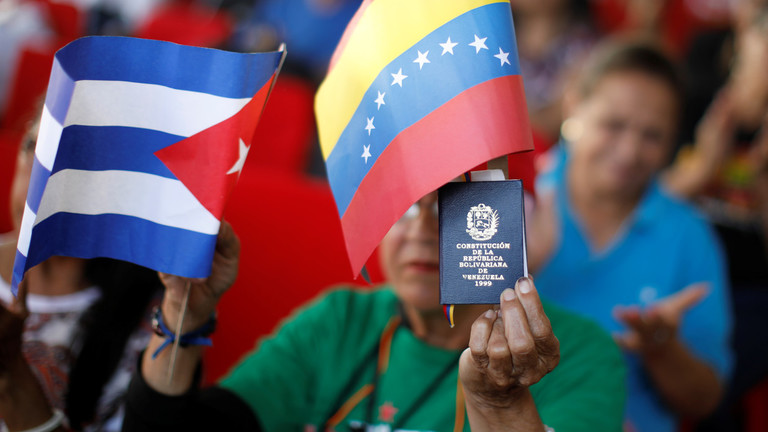 A supporter of Nicolas Maduro holding the flags of Cuba and Venezuela (Photo: Agencies)

The "US has no right to impose unilateral measures on entities of Cuba or any other country trading with Venezuela. It is a violation of International Law, the rules that govern trade and an assault on the relations with sovereign States," Rodriguez said via Twitter.

The US Treasury on Wednesday said it was placing Cubametales on its list of entities sanctioned for maintaining trade ties with Venezuela, allegedly due to Havana's oil imports from the South American nation.

As a result of the sanctions, all property and interests in property of this entity, and of any entities that are owned, directly or indirectly, 50 percent or more by the designated entity, that are in the United States or in the possession or control of US persons are blocked, according to a statement from the Treasury.

Despite mounting US sanctions, Havana again ratified its "steadfast" support for Caracas.

As of March, 210 Cuban entities had been sanctioned by the United States, including hotels and shopping centers.

The sanctions freeze any property or assets they may have in the United States, and ban transactions with US individuals or entities.

In April, Washington imposed sanctions against 34 tankers belonging to Venezuelan state oil company PDVSA, which were used to ship oil to Cuba.