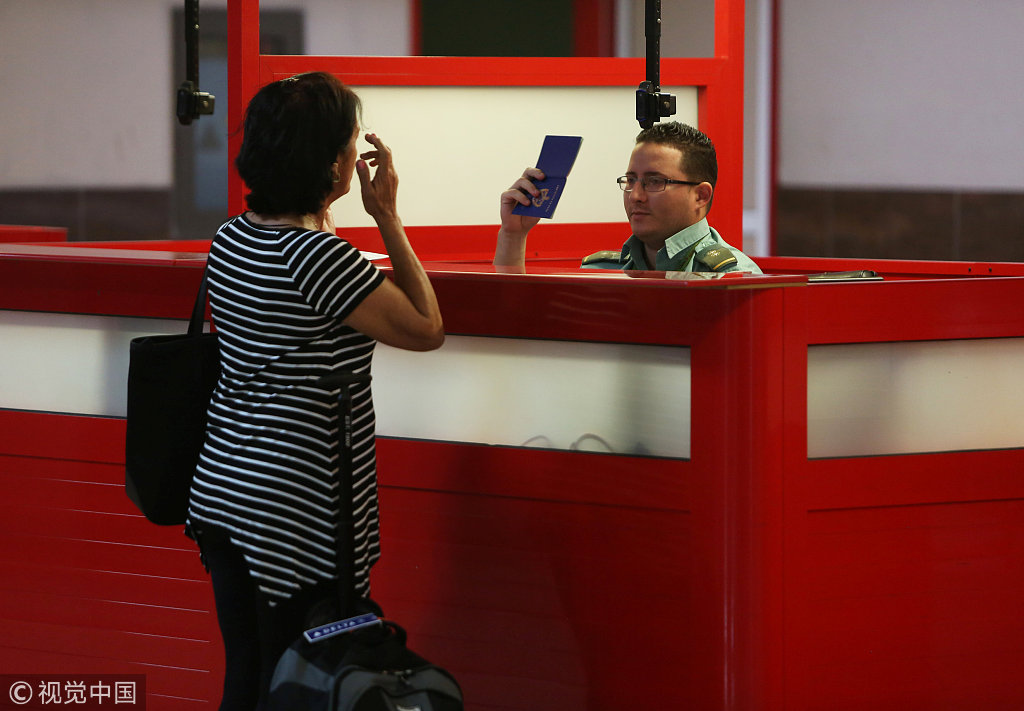 A Cuban immigration official checks the passport of a Cuban national before she boards her flight at the Jose Marti International Airport in Havana, Cuba, June 1, 2017. (Photo/VCG)

HAVANA - Cuba on Saturday slammed a US government decision to shorten the duration of visitor visas granted to Cuban nationals and impose more stringent restrictions on them.

Cuba's Foreign Minister Bruno Rodriguez said via Twitter that the new restrictions were "an additional obstacle" for the many Cuban citizens who have relatives living in the United States.

The United States is reducing the validity of B2 tourist visas from five years to three months and from multiple entries to single entry, citing "reasons of reciprocity." The changes were posted online by the US Embassy in Cuba and are to go into effect starting Monday.

The foreign minister denied that the changes were in keeping with the principle of reciprocity, saying "Cuba offers all means so that US citizens, from any country, including the US, can obtain a visa."

Cuba currently grants US tourists single-entry visas valid for up to two months with a possible 30-day extension, at a cost of $50.

The United States recalled a substantial part of its diplomatic and consular staff in Havana in September 2017 and stopped issuing visas of almost any type over alleged "acoustic attacks." The source of the attacks remains unclear and Cuba has accused the United States of "political manipulation" of the incidents.

Cubans have often had to apply for a US visa in nearby Guyana since then, which is more costly for the Cubans.