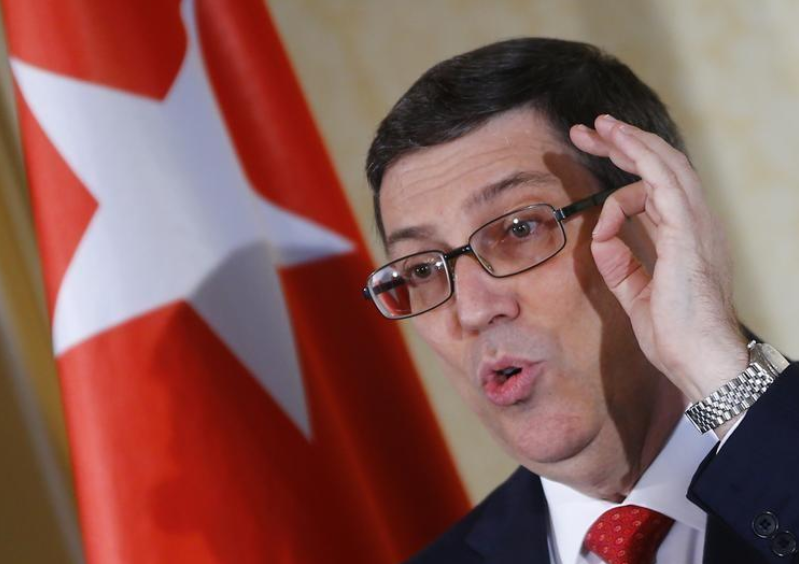 In a statement on Saturday, the ministry of foreign affairs said the group was made up of Democratic representatives Barbara Lee and Karen Bass of California and Republican Roger Marshall of Kansas.

"During the meeting, the exchange with the visitors covered topics about the international reality and the relations between Cuba and the United States, in particular the negative impact of the reversal given to bilateral ties," read the statement.

While both countries restored diplomatic ties almost two years ago, bilateral relations have suffered due to a U.S. accusation that its diplomats in Havana suffered "sonic attacks," leading to hearing loss and minor brain damage for some.

The Cuban government denies any responsibility and has offered full cooperation to American investigators, although no conclusive reason has been reached.

Rodriguez "thanked the legislators for their interest in visiting Cuba ... and in contributing to the debate in favor of the improvement of relations."

During their stay on the island, the representatives also met with officials from the ministries of public health and agriculture, as well as visiting the Latin American School of Medicine.

For over a decade, Lee has led efforts to normalize ties and to eliminate Washington's embargo on Cuba, which has been in place for over 50 years.

Along with Bass, she has sponsored various legal proposals to lift the embargo.

Marshall is cosponsoring a proposal by Arkansas congressman, Rick Crawford, to eliminate restriction on agricultural trade with Cuba.