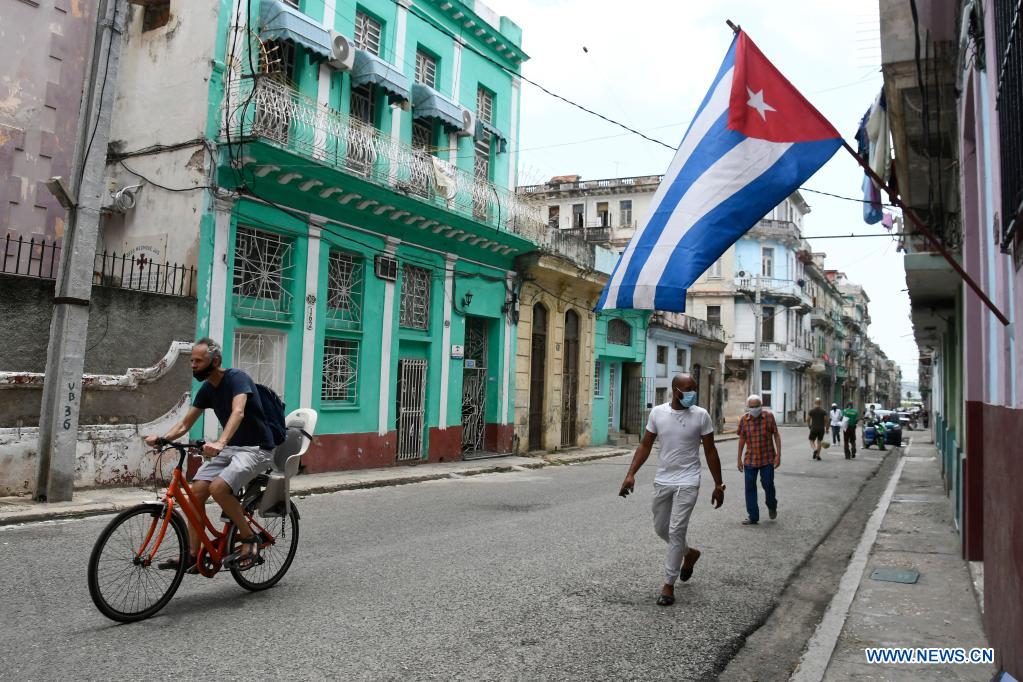 HAVANA, Oct. 27 (Xinhua) -- Cuban legislators on Thursday condemned the intensification of the U.S. trade embargo against the Caribbean nation during a parliamentary hearing.

"The U.S. blockade is intended to avoid the success of a project committed to the Cuban people's interests," he said, adding that equity and social justice are guiding principles of the Cuban socialist revolution.

The remarks came ahead of the Cuban government's presentation of its annual draft resolution against the embargo before the UN General Assembly scheduled for November.

"Neither can we access valves and pacemakers made in the United States, which are used for the treatment of patients with cardiovascular diseases," she said.

According to Cuban official data, the U.S. sanctions in the past six decades has cost the Cuban economy a total of 154.2 billion U.S. dollars.

First imposed in 1962, the embargo was tightened by former U.S. President Donald Trump, who put in place 243 more sanctions, including banning all flights from the United States to Cuban destinations except for Havana and capping remittances Cuban Americans can send to their families back home.

The current U.S. administration allowed airlines to resume flights to other Cuban cities and lifted the cap on remittances, but the web of sanctions against Cuba remains largely in place.