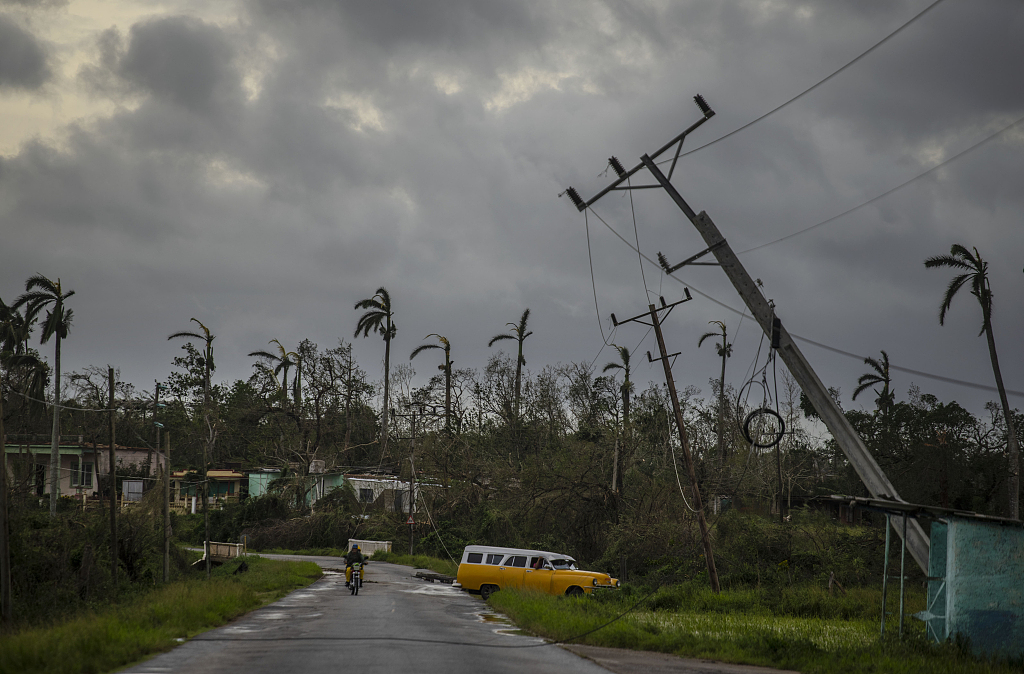 Cuba's electrical grid collapsed late on Tuesday, leaving the entire country without power in the wake of Hurricane Ian.

Lázaro Guerra, Technical Director of the Electric Union of Cuba, said the grid's failure, in part due to the storm, has affected infrastructure, state-run media reported, adding that the union vowed to restore power by early Wednesday.

Hurricane Ian made landfall in western Cuba as a Category 3 storm on Tuesday. It is now heading for Florida and is expected to strengthen.