Cuban president: Relations with US reach worst level in decades 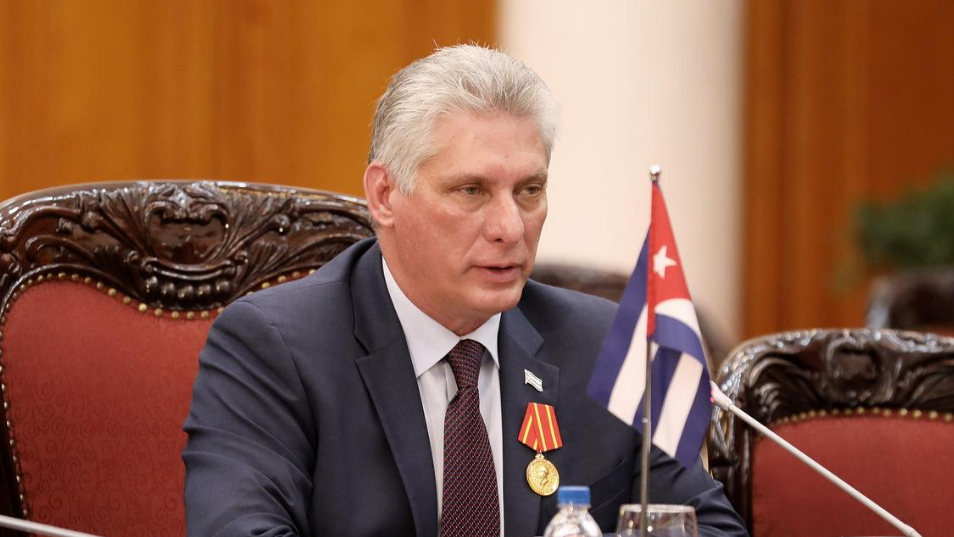 Cuban President Miguel Diaz-Canel accused US President Donald Trump's administration on Saturday of dragging relations with Cuba to their worst level in decades and called on Cubans to strengthen the country's defenses and economy.

Diaz-Canel, in a speech closing the National Assembly, said the United States is engaging in an “asphyxiating financial persecution that makes the import of goods and resources of primary necessity particularly difficult.”

The Cuban economy has stagnated in recent years in tandem with the implosion of strategic ally Venezuela, resulting in cuts in fuel and energy use by state entities and this year shortages of basic goods such as bread, chicken and eggs.

An increase in US sanctions under Trump is also making it even harder for cash-strapped Cuba to get credit from financial institutions.

Cuba's Economy Minister Alejandro Gil Fernandez earlier in the day called on the government to tighten belts further and seek alternatives to imports, as foreign exchange earnings decline and credit for supplies and investment become more difficult to find.

The Trump administration has been pursuing a policy of economic sanctions and diplomatic isolation against the Venezuelan government in support of the opposition leader Juan Guaido, thus slapping new sanctions on Cuba as the country defends the legitimate position of Venezuelan President Nicolas Maduro.

This month the United States sanctioned vessels and companies that ship oil to Cuba from Venezuela in exchange for health and other technical services, threatening the energy grid and transportation.

The Trump administration says it soon may activate a long-dormant law under which Cuban-Americans could sue foreign companies that profit from their properties nationalized during the first years of the 1959 Revolution.

“Our response is no, imperialist gentlemen, we Cubans do not surrender,” Diaz-Canel said on Saturday, adding the situation meant “we have two absolute priorities: the preparation of our defense and the economic battle at the same time.”