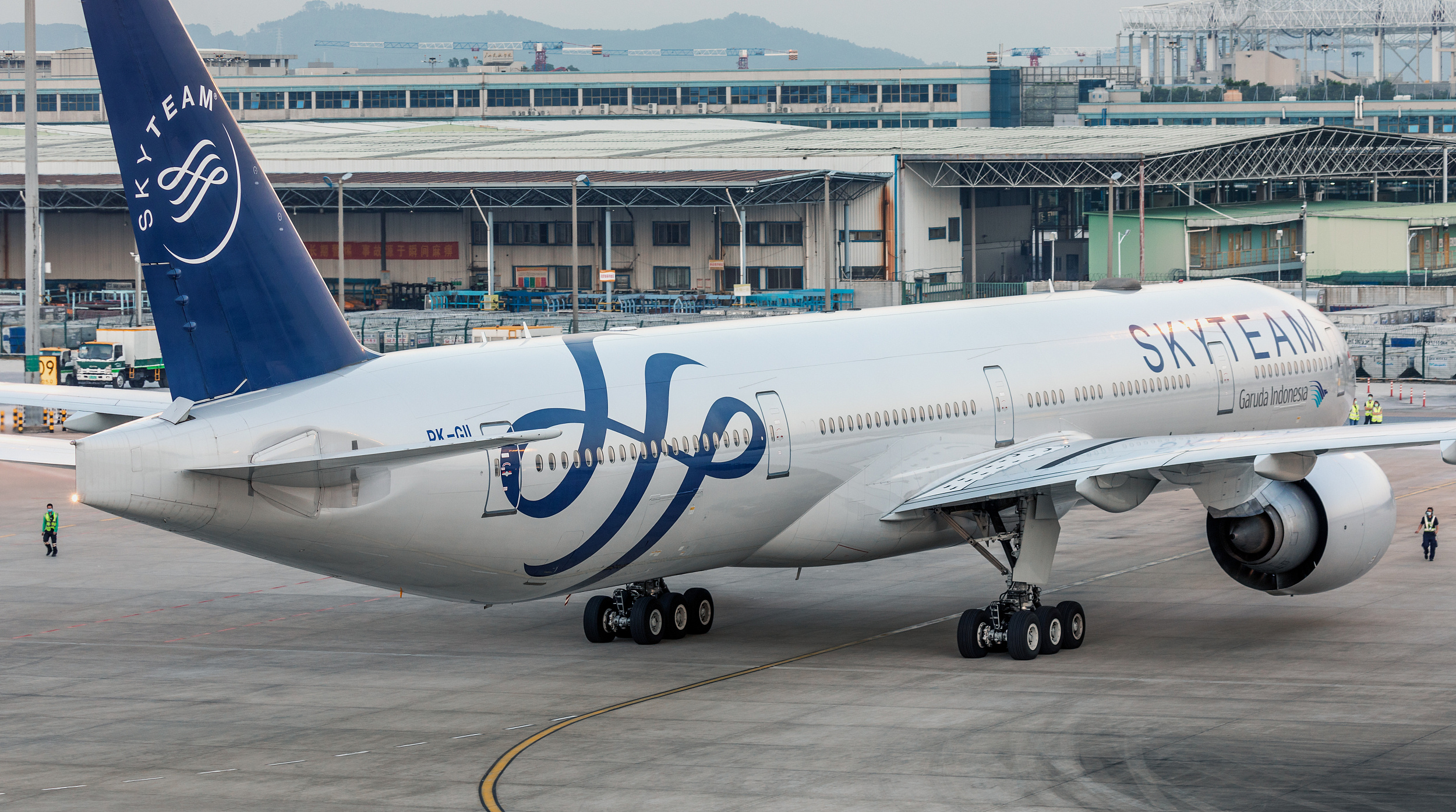 A flight with Garuda Indonesia Airlines lands at the Guangzhou Baiyun International Airport in Guangzhou on Nov 8, 2020. (Photo: VCG)

The prospect of increased people-to-people and cultural exchanges between China and Indonesia in line with progress against the coronavirus pandemic will provide more opportunities for young people and bring mutual benefits, a forum was told.

"We are very much looking forward to promoting connections with China and strengthening them through people-to-people exchanges," Wikan Sakarinto, director-general of vocational education at Indonesia's Ministry of Education and Culture, said on Friday at an online forum titled "Development of China-Indonesia People-to-People Exchange".

Recognizing how the two countries have been cooperating in areas such as student exchanges, academic visits and research, Wikan said he hopes to further promote exchanges between institutions, especially in vocational training.

Noting Indonesia will need to further combine vocational education with industrial development, he said he hopes China and Indonesia can enhance their cooperation in the sector, which is also a basis for bilateral relations.

"The bilateral relations between China and Indonesia go beyond diplomatic links, as it is also embodied by the friendship among their people, which has become increasingly close," Djauhari said.

Chinese and Indonesians have been working together to overcome the difficulties created by the pandemic, "demonstrating the concept of a community with a shared future for mankind", said Fang Jun, deputy director-general of the department of international cooperation and exchanges at the Chinese Ministry of Education.

Fang said China will promote cooperation in the education sector with countries including Indonesia in the post-pandemic era. By enhancing cooperation in vocational education, he hopes China and Indonesia can jointly cultivate the high-quality skilled talent.

Du Kewei, the director-general of the Chinese Ministry of Education's center for international people-topeople exchange, said the mutual support China and Indonesia have given each other during the pandemic has stimulated the development of the bilateral cooperation in people-to-people and cultural exchanges. This trend is also conducive to mutual trust in politics, trade and economic cooperation.

Noting the Belt and Road Initiative can create synergies with Indonesia's Global Maritime Fulcrum vision, Du said this has led to higher standards for vocational education and talent cultivation for both countries.

"As the pandemic has become a new normal, countries across the world are facing new challenges in developing people-to-people and cultural exchanges," said Peng Shuangjie, vice-president of Central China Normal University.

Fasli Jalal, rector of YARSI University in Jakarta, said there is high demand in Chinese-language training, in order to address the need for workers engaged in bilateral trade and economic cooperation.