New York Gov. Andrew Cuomo faces another day under fire Monday as a key legislative committee meets to discuss possible impeachment proceedings and a woman who has accused him of groping her speaks in her first TV interview. 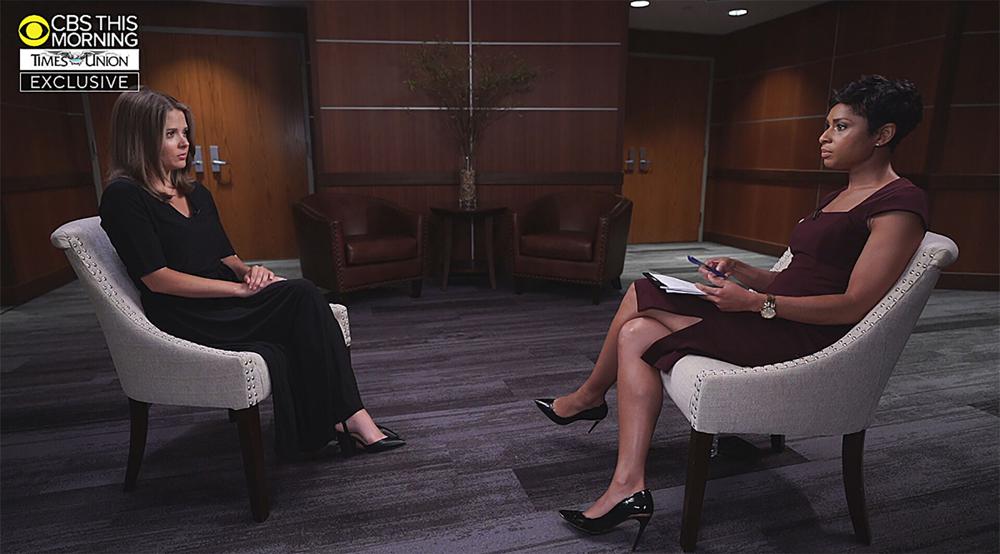 “CBS This Morning” is scheduled to broadcast the first TV interview with Brittany Commisso, an executive assistant who accused Cuomo of groping her breast at the governor’s mansion in Albany.

Commisso last week became the first woman to file a criminal complaint against Cuomo, giving a report to the county sheriff.

Later Monday, the state Assembly’s judiciary committee planned to meet to discuss how to wrap up an ongoing investigation into whether there are grounds to impeach Cuomo.

Scores of Democrats, including President Joe Biden, have urged him to leave office. About two-thirds of state Assembly members have already said they favor an impeachment trial if he refuses to resign. Only a simple majority vote is needed to begin an impeachment trial.

Cuomo will be going into the fight without his former top aide, Melissa DeRosa.

DeRosa, a steady presence at Cuomo’s side during his months of coronavirus news conferences, resigned late Sunday, saying the past two years had been “emotionally and mentally trying.”

The administration has been in crisis since last week, when a report made public by state Attorney General Letitia James concluded that Cuomo sexually harassed 11 women.

Cuomo’s lawyers have attacked the attorney general’s investigation as biased in favor of his female accusers.

At least five district attorneys have asked for materials from the attorney general’s inquiry to see if any of the allegations could result in criminal charges. Albany County Sheriff Craig Apple said Saturday that Cuomo could face misdemeanor charges if investigators substantiate Commisso’s complaint.

The Associated Press does not generally identify alleged victims of sexual misconduct unless they decide to speak out publicly, as Commisso has done.