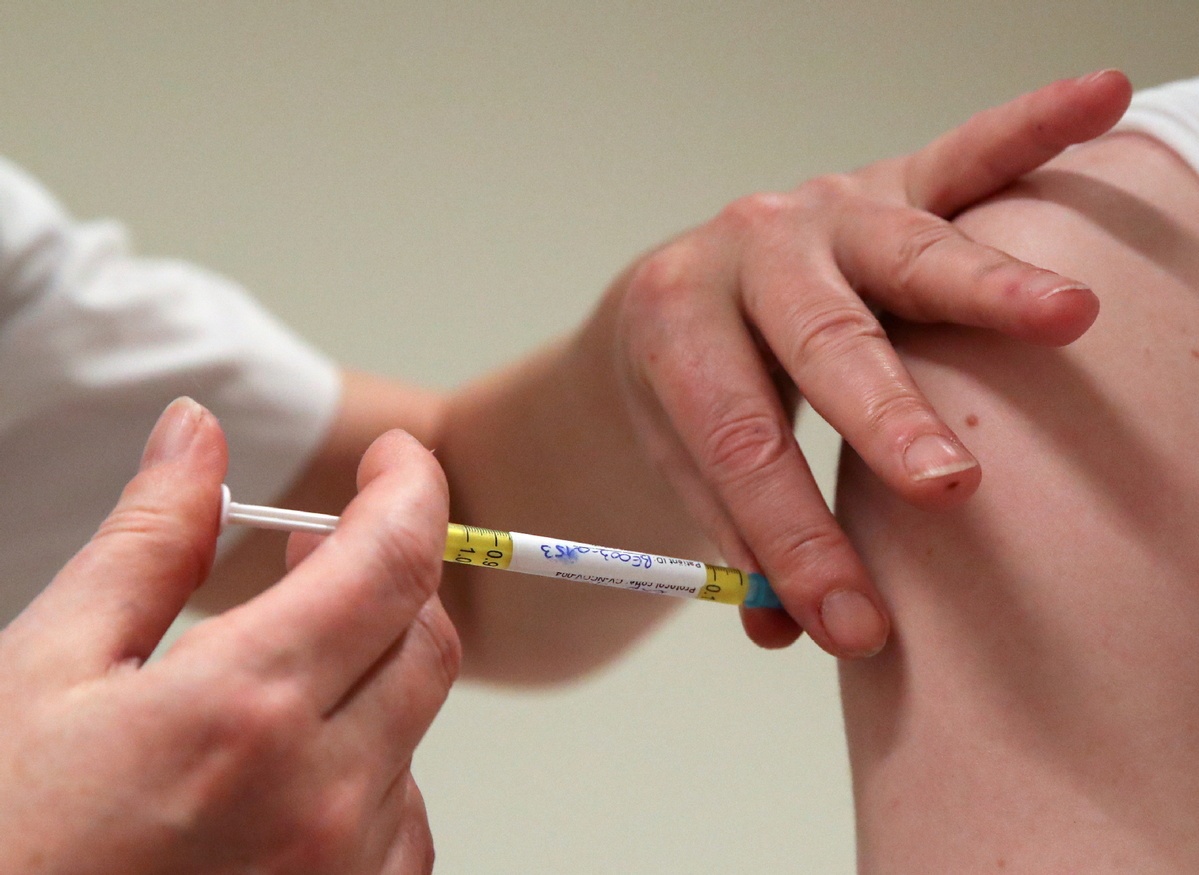 A volunteer receives a dose of CureVac vaccine or a placebo during a study by the German biotech firm CureVac as part of a testing for a new vaccine against the coronavirus disease (COVID-19), in Brussels, Belgium, on March 2, 2021. (Photo: Agencies)

German biotechnology company CureVac has announced that its COVID-19 vaccine registered a disappointing 47 percent efficacy at preventing infection during late-stage trials, meaning it failed to reach the 50 percent efficacy threshold recommended by the World Health Organization.

The results are a blow to the global pandemic fight because CureVac had hoped to boost international supply by 300 million doses by the end of 2021.

The company's vaccine, CVnCoV, uses similar mRNA technology to the jabs from Pfizer and Moderna, which both achieved high-efficacy levels in clinical trials. One main distinction is that Pfizer and Moderna employ modified genetic material, whereas CureVac uses natural mRNA. The CureVac jab also involves a lower dose than the other two.

CureVac said the emergence of a multitude of COVID-19 variants may have impacted the Phase 2b/3 trial for CVnCoV, which involved a total 40,000 participants in Latin America and Europe.

At least 13 variants circulated within the study population during the study, the company reported.

"While we were hoping for a stronger interim outcome, we recognize that demonstrating high efficacy in this unprecedented broad diversity of variants is challenging," said Franz-Werner Haas, chief executive of CureVac.

Between January and March, CureVac entered into partnerships with three major pharmaceutical companies for its CVnCoV vaccine.

A deal with Bayer in Germany involved supply for "several hundred million doses", while the UK's GSK and Switzerland's Celonic both agreed to manufacture 100 million doses each this year. In parallel, GSK and CureVac said they would work together on a new COVID-19 vaccine for release in 2022. The CVnCoV jab is also part of an ongoing UK trial into COVID-19 booster vaccines.

CureVac stock dropped by 50 percent in extended trading in New York on Wednesday after the publication of the trial results.

CureVac sequenced viral samples from 124 out of the 134 cases of COVID-19 infection that occurred during the trial. Out of these, only one case was attributed to what the company called the "original strain "of the virus that was in circulation when CVnCoV development began in January 2020.

The rest of the cases were made up by less common or emerging strains, including a so-called "variant of interest" called Lambda, which has been responsible for a rising proportion of infections in South America since early spring.

Recent studies have shown that available vaccines may be somewhat less effective at protecting against certain variants. According to research from Public Health Scotland published in the journal the Lancet on Monday, a full course of the Pfizer vaccine is 92 percent effective at preventing infection from the Alpha variant, whereas that number falls to 79 percent for the Delta variant. With the AstraZeneca vaccine, protection fell from 73 percent to 60 percent for those two variants, respectively.

Data from Public Health England published this week found that both vaccines were still above 90 percent effective at preventing hospitalizations among those infected with the Delta variant.

CureVac said it will continue with trials and will assess "the most appropriate regulatory pathway "when final results are posted.