WORLD Curfew announced in Washington after protests near White House

Curfew announced in Washington after protests near White House 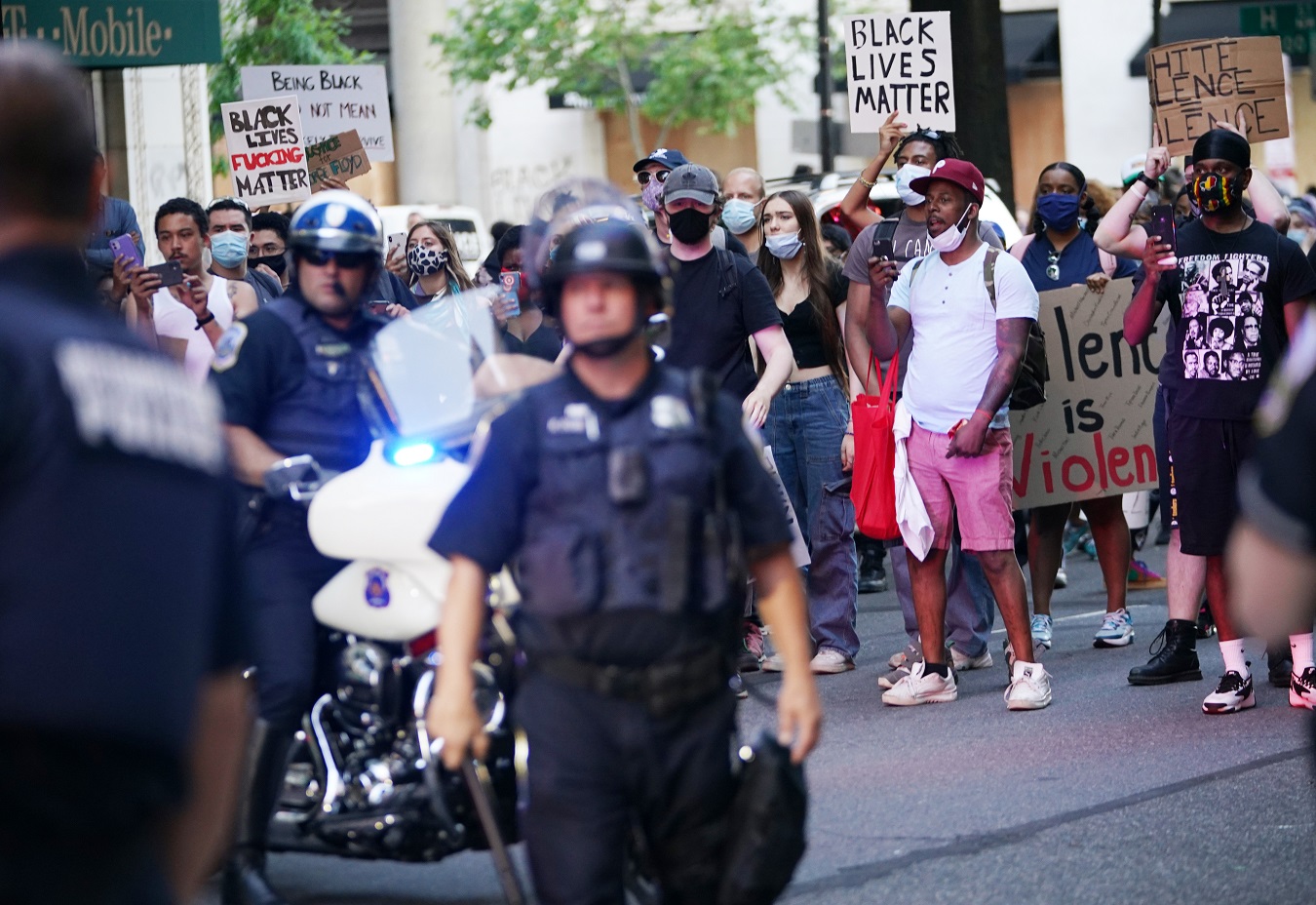 WASHINGTON, May 31 (Xinhua) -- Washington, D.C. Mayor Muriel Bowser said on Sunday night she was imposing a citywide curfew amid rising tensions between protesters and police outside the White House over the death of George Floyd, an unarmed black man killed in Minneapolis police custody.

Sunday marked the third day in a row of protests in the U.S. capital over the death of Floyd. While the clash between protesters and law enforcement officers was less severe than that in other parts of the country, D.C. Chief of Police Peter Newsham said on Sunday the Metropolitan Police Department still arrested 17 people Saturday night and that 11 police officers were injured during the protests.

Floyd, aged 46, died on May 25 after Derek Chauvin, a white police officer, held him down with a knee on his neck though he repeatedly pleaded, "I can't breathe," and "please, I can't breathe." Chauvin was arrested and charged with three-degree murder and manslaughter earlier on Friday.

Floyd's plea before his death evoked African Americans' painful memories. In 2014, a cellphone recorded an unarmed black man, Eric Garner, repeatedly saying "I can't breathe" when a New York officer held him in a chokehold before his death in police custody. Since then, the plea has become a rallying cry at demonstrations against police misconduct across the country.