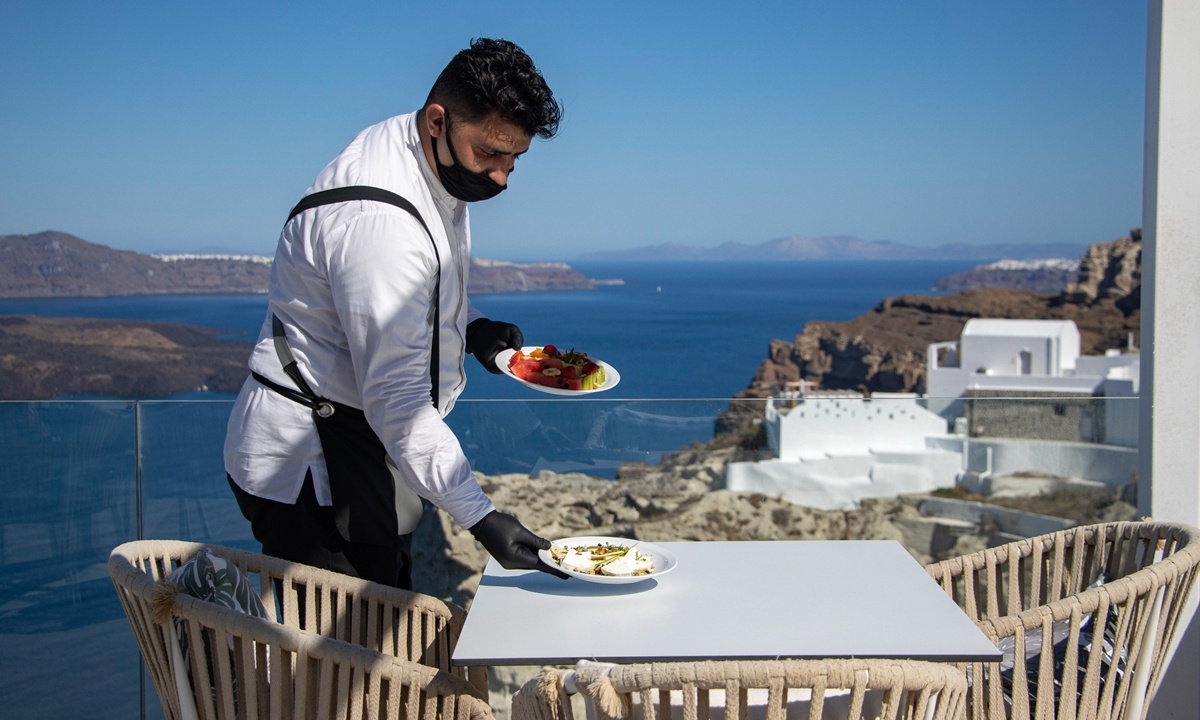 The staff is wearing a face mask and gloves to serve in a restaurant in Greek. (Photo: AFP)

Greece on Monday announced a night curfew for restaurants and bars in some of its top tourist destinations after coronavirus infections hit a new high.

Areas in which eateries and bars will be closed from midnight to 7:00 am include the popular islands of Mykonos, Santorini, Corfu, Crete, Rhodes, Zakynthos and Kos, spokeswoman Aristotelia Peloni said in a televiSed address.

Some of these destinations are known for late-night clubbing.

The cities of Thessaloniki, Larissa, Volos and Katerini were also affected, as was the Halkidiki peninsula which is popular with Balkan visitors.

The restrictions will be in place to August 23, she said.

In addition, all passengers on flights from Belgium, the Czech Republic, the Netherlands, Spain and Sweden arriving starting Monday must provide a negative COVID-19 result obtained up to 72 hours before entry, as must all land border arrivals.

And only 750 people will be allowed in daily from Albania as of Sunday, Peloni said.

Greece's public health watchdog on Sunday announced 203 new infections, the highest since the start of the pandemic. A total of 213 people have died from the virus.

Another 126 infections were announced on Monday,

Officials have blamed the increase in cases on overcrowding in clubs and social events.

Among other measures announced Monday was the decision to scrap Greece's top trade exhibition, the annual Thessaloniki international fair in September.

The government has ruled out a general lockdown after gradually reopening the economy in May and starting to accept foreign arrivals in June to salvage part of the tourism season which is vital to the economy.