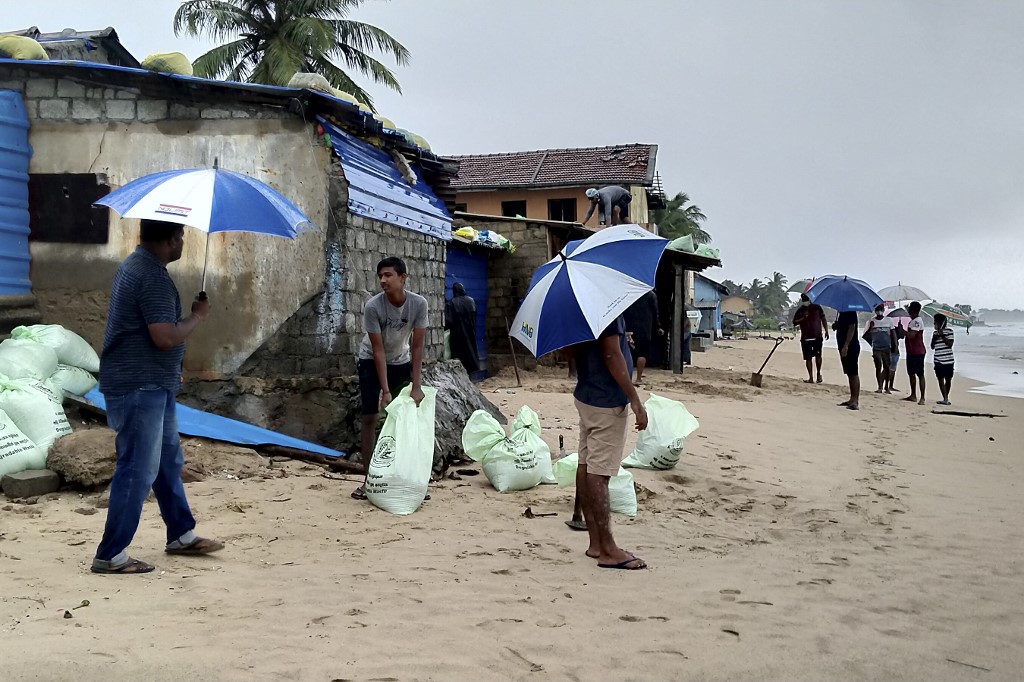 Burevi, the second cyclone in the southern Bay of Bengal in a week, slammed into north-eastern Sri Lanka just before midnight (1830 GMT).

Packing winds up to 100 kilometres (60 miles) an hour, it soaked parts of the country but caused no casualties and less devastation than feared.

"There was rain and strong winds, but the cyclone did not cause any major damage in our area," Mangalanath Liyanarachchi, a local reporter in Trincomalee, 260 kilometres (160 miles) from Colombo, said by telephone.

Thousands of people living along the coast had been asked to seek temporary shelter inland, but they have now moved back to their homes, Liyanarachchi said.

Sri Lanka's Disaster Management Centre (DMC) had issued a red alert and asked fishermen not to venture out to sea.

Sri Lanka also ordered the closure of schools along the path of the cyclone for three days.

However, DMC officials said there were no reports of casualties and the damage was minimal as the cyclone weakened on its way through sparsely populated areas.

The weather system was expected to make landfall in the southern Indian state of Tamil Nadu overnight Thursday to Friday and move westwards into Kerala, Indian forecasters said.

India's National Disaster Response Force said Wednesday that they had deployed around two dozen relief and rescue teams for the two states, for any emergency response after the cyclone.

Prime Minister Narendra Modi tweeted that the central government was ready to provide "all possible support".

"Praying for the safety and well-being of those staying in affected areas," Modi said.

But more accurate forecasting and the timely evacuation of several hundred thousand people were credited with keeping the number of people reported killed to three, a fraction of the death tolls in previous years.

Sri Lanka, India and Bangladesh depend on the monsoon for power generation as well as irrigation, but excessive downpours and storms cause casualties and destroy property almost every year.