Cyclone Idai deaths could exceed 1,000 as need for aid grows

Even as flood waters began to recede in parts of Mozambique on Friday, fears rose that the death toll could soar as bodies are revealed.

The number of deaths could be beyond the 1,000 predicted by the country's president earlier this week, said Elhadj As Sy, the secretary-general of the International Federation of Red Cross and Red Crescent Societies. 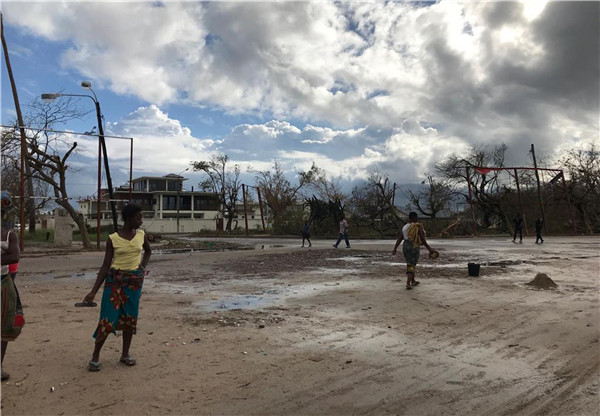 People go on their morning errands amid the shattered city of Beira, Friday, March 22 2019. (Photos: AP)

In addition to worries about the number of dead, As Sy told The Associated Press that the humanitarian needs are great.

"They are nowhere near the scale and magnitude of the problem," As Sy said. "And I fear we will be seeing more in the weeks and months ahead, and we should brace ourselves."

Thousands of people were making a grim voyage toward the city of Beira, which although 90 percent destroyed has become a center for frantic rescue efforts throughout the region.

Some walked along roads carved away by the raging waters a week ago. Others, hundreds of them, were ferried in an extraordinary makeshift effort by local fishermen who plucked stranded people from small islands.

Helicopters set off into the rain for another day of efforts to find people clinging to rooftops and trees. 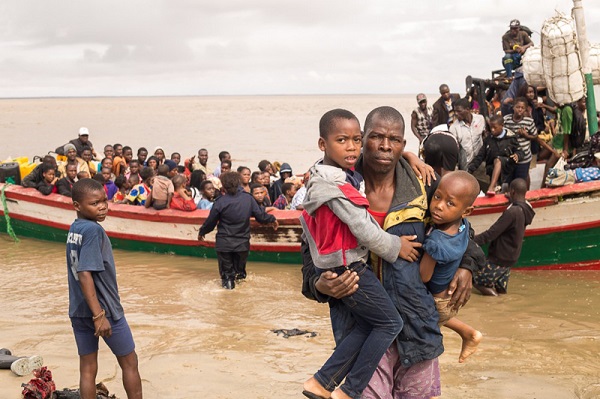 For those who reach Beira with their few remaining possessions, life is grim. Waterborne diseases are a growing concern as water and sanitation systems were largely destroyed.

"The situation is simply horrendous, there is no other way to describe it," As Sy said after touring transit camps for the growing number of displaced. "Three thousand people who are living in a school that has 15 classrooms and six, only six, toilets. You can imagine how much we are sitting on a water and sanitation ticking bomb."

What moved him the most was the number of children without their parents, separated in the chaos or newly orphaned.

"Yesterday (we) did a reconnaissance and we found another (inland) lake. So we are still very early in the phase of identifying what the scope of this is, for who is affected and how many are lost," Emma Batey, coordinator for the consortium of Oxfam, CARE and Save the Children, told the AP.

Luckily, the area is a national park and less densely populated, she said. Still, "there were devastatingly small amounts of people."

She estimated that another 100 people would be airlifted out on Friday: "We're only picking up those in absolute dire need."

No one is still clinging to roofs and trees, she said. 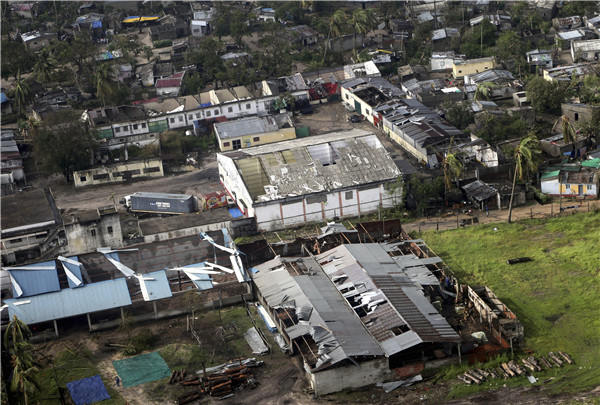 Pedro Matos, emergency coordinator for the World Food Program, said that what rescuers are seeing now is "sometimes it's just a hut completely surrounded by water."

"If islands are big enough, we can even see smoke coming out, meaning that they're cooking," he said, adding that it remains "super difficult" to estimate a death toll or even the number of missing.

For residents of Beira, life staggered on. People salvaged the metal strips of roofs that had been peeled away like the skin of a fruit. Downed trees littered the streets. And yet there were flashes of life as it used to be. White wedding dresses stood pristine behind a shop window that hadn't shattered.

Zimbabwe was also affected by the cyclone and as roads began to clear and some basic communications were set up, a fuller picture of the extent of the damage there is beginning to emerge.

The victims are diverse: a mother buried in the same grave with her child, headmasters missing together with dozens of school students, illegal gold and diamond miners swept away by raging rivers and police officers washed away with their prisoners. 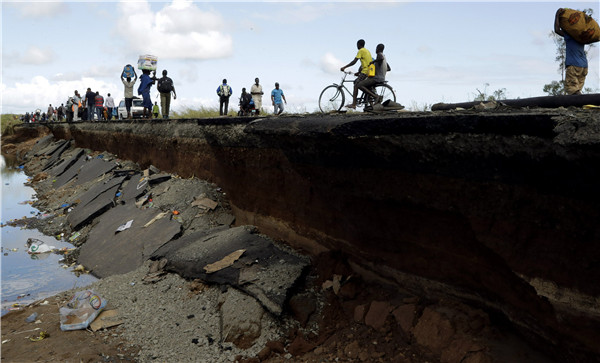 Pedestrians walk on the edge of a collapsed bridge in Nhamatanda, about 100km west of Beira, Thursday, March 21, 2019.

The Ministry of Information said 30 pupils, two headmasters and a teacher are missing.

In Mutare, fear gripped residents even though they are more than 140 kilometers (85 miles) from Chimanimani, the worst-hit part of Zimbabwe.

Maina Chisiriirwa, a city resident, said she buried her son-in-law, who had left the city to go to Chiadzwa diamond fields to mine illegally.

"There are no jobs and all he wanted was to feed his family. He was with his colleagues. They thought it would be easier to mine since the rains would keep the guards and the police away from patrolling," Chisiriirwa said. His colleagues survived but her son-in-law was swept away, she said.

A man who traveled several kilometers to a reception center for survivors in Chimanimani said several of his colleagues were swept away as they tried to cross a river while fleeing from a mountain known for rich gold deposits and frequented by hordes of illegal miners.