Cyclone Idai, killing at least 700, one of worst catastrophes in Africa: UN chief 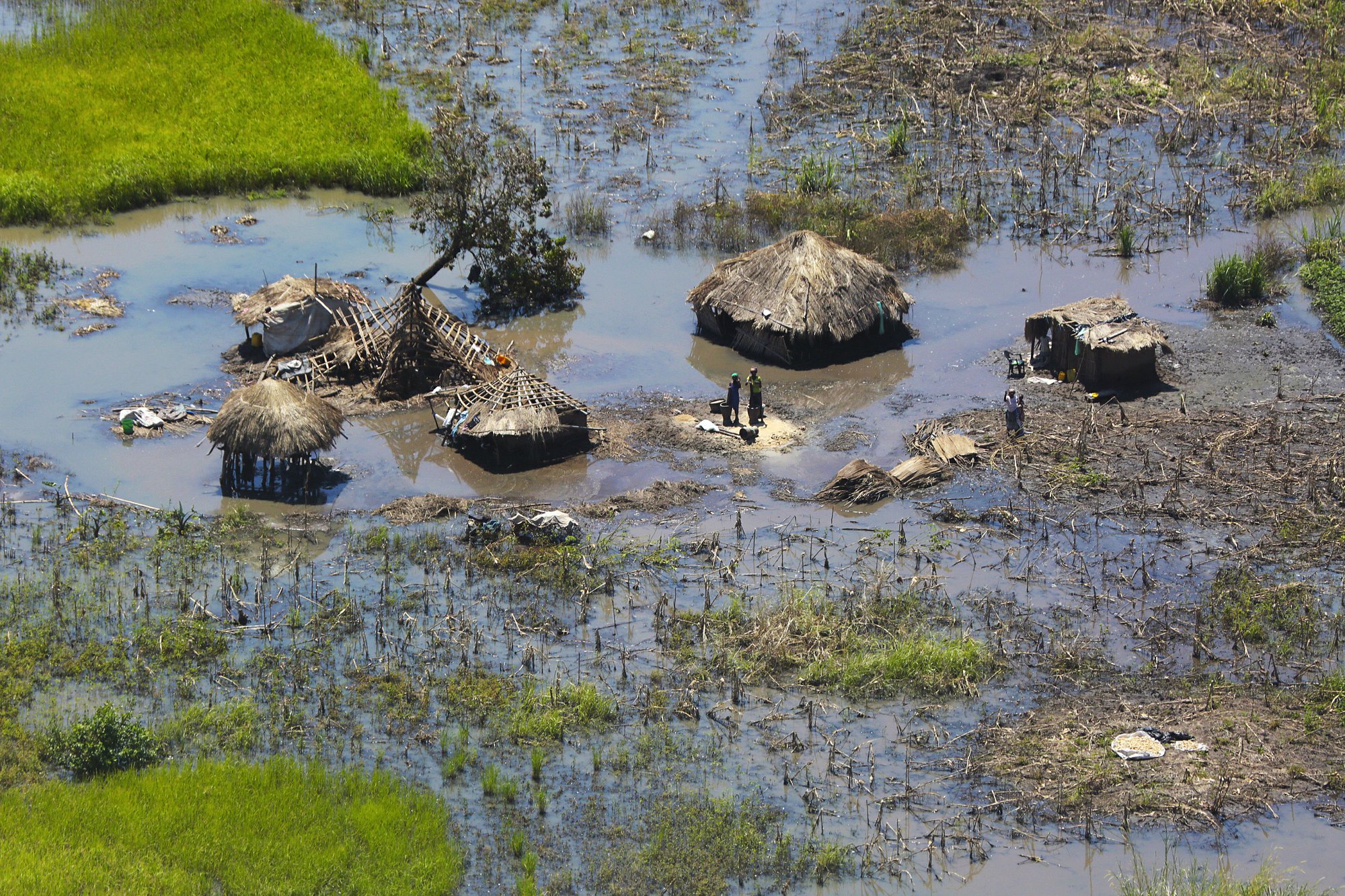 A family stand outside their submerged huts near Nhamatanda, about 130km from Beira, in Mozambique, Tuesday, March, 26, 2019. (Photo: AP)

"Mozambique, Zimbabwe and Malawi have suffered one of the worst weather-related catastrophes in the history of Africa," he said in a plea to countries to donate to a 281.7 million U.S. dollar flash appeal.

"The death toll across the three countries is at least 700, but with hundreds still missing," the UN chief said. "The devastation has affected an estimated 3 million people, nearly two-thirds of them in Mozambique."

"Cyclone Idai was an uncommonly fierce and prolonged storm, yet another alarm bell about the dangers of climate change, especially in vulnerable, at-risk countries," he said.

The UN chief pointed out the images emerging from the aftermath were "raging waters; people stranded on rooftops; schools, hospitals and homes in ruins; an entire city -- Beira -- practically razed to the ground; and enormous expanses of farmland -- Mozambique's breadbasket -- inundated on the eve of the next harvest."

"This year's harvest is lost in large parts of the country, and of course it will take a lot of time to fully re-establish working conditions for agriculture," he said. "The infrastructure that was destroyed, the houses, the cities, the equipment that was destroyed in a country that is extremely poor, as we know, this obviously will take time to rebuild."