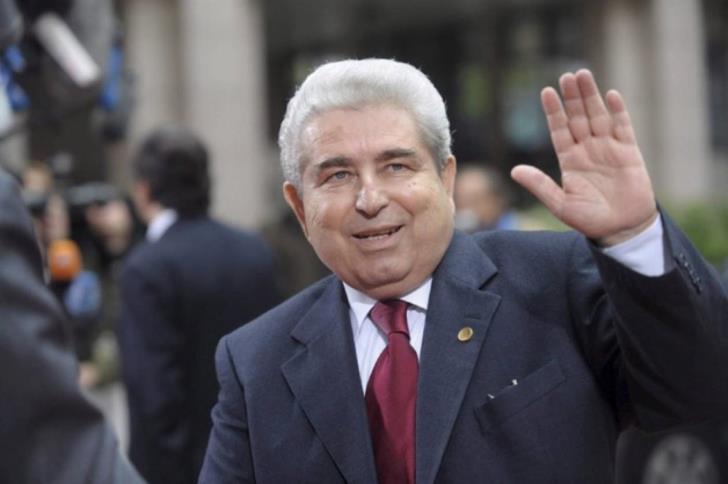 NICOSIA, June 21 (Xinhua) -- Former Cyprus' president Demetris Christofias died at the age of 72, a statement from his personal doctor said on Friday.

The doctor had said earlier in the day that his situation had become irreversible, after he was hospitalized about two weeks ago with an aggravated respiratory condition.

Christofias was survived by his widow Elsi, two daughters and a son.

President Nicos Anastasiades said in a written statement that he learned about the death of Christofias with "deep sorrow".

"He was a politician with whom we walked on parallel paths, but always for the good of the country," he added.

Christofias was the first and only state president in the 69 years of the Republic of Cyprus who came from left wing AKEL party.

Christofias had also been a speaker of Parliament for seven years after being a lawmaker since 1991.

He had also been a Secretary General of AKEL party from 1988 to 2008, when he quit the post after being elected state president.