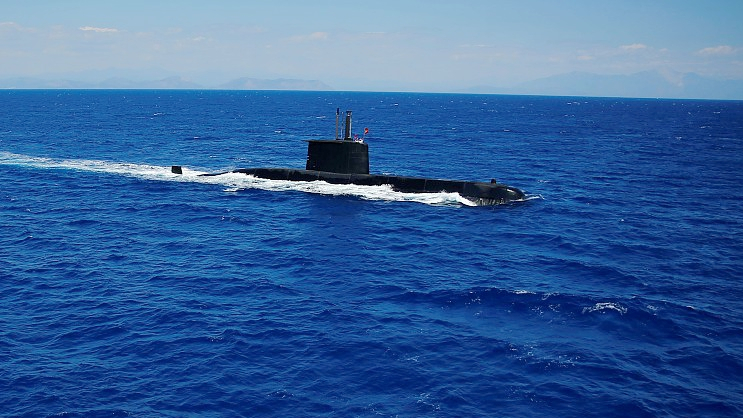 NICOSIA, Dec. 12 (Xinhua) -- A joint naval exercise with the participation of naval units from Cyprus, France and Italy is under way in the eastern Mediterranean, Cypriot Defense Minister Savvas Angelides said on Thursday.

This is the first time Cyprus holds joint drills with France and Italy, two countries with interests in the Cypriot exclusive economic zone, which is disputed by Turkey.

France's Total and Italy's ENI have obtained joint licensing for natural gas drilling and exploitation in several blocks of the exclusive economic zone.

The exercise also comes in the wake of the delimitation of marine boundaries between Turkey and Libya.

On Nov. 27, Turkey inked a memorandum of understanding (MoU) with the internationally recognized government of Libya, which delimits maritime zones in the eastern Mediterranean Sea and reaffirms the rights of Turkey and the Turkish Cypriots in the sea.

The deal is expected to protect Turkey's rights in the face of drilling activities by Greece and Cyprus in the Mediterranean, which have been a source of friction between Ankara and Athens.

The signing of the MoU came amid differences between Turkey on one hand, and Egypt, Greece and Cyprus, on another hand, over the exploration rights for oil and natural gas in the Mediterranean.

Turkish President Recep Tayyip Erdogan said on Saturday that the maritime boundary delimitation agreement signed with Libya was sent to the United Nations for registration.