Cyprus votes for new parliament amid anger over graft scandal

Cypriots voted Sunday in parliamentary elections amid simmering public anger over the "golden passports" corruption scandal on the Mediterranean island. 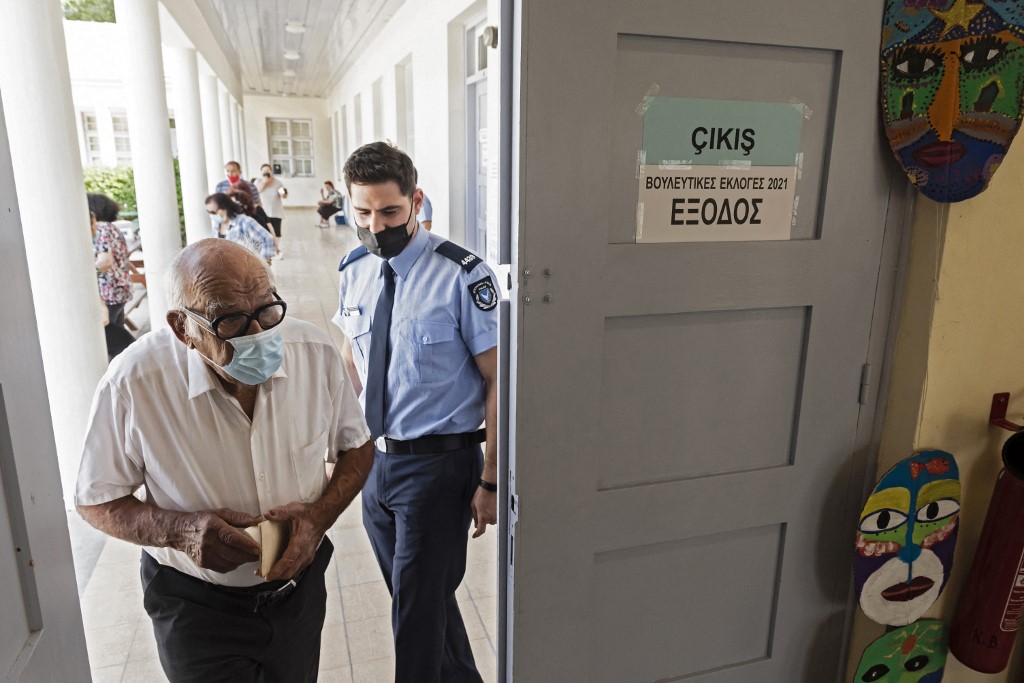 A Cypriot man arrives to cast his ballot at a polling station in the capital Nicosia during voting on May 30, 2021 in parliamentary elections. (Photo: AFP)

Despite the furore, conservative ruling party DISY lost just one seat, while ultra-nationalist ELAM party, which had played on migration fears, doubled its representation to four seats from two.

Unusually for Cyprus, the decades-old division between the island's Greek and Turkish-speaking communities has played little part in this year's election campaign.

"There is a very unhappy electorate fed up with the political elite and parliament," Hubert Faustmann, professor of history and political science at the University of Nicosia, said before the poll.

"People are fed up with corruption in public life."

A record 658 candidates from 15 parties were vying for 56 seats in parliament.

The poll was limited to just over half a million voters in government-held areas, excluding the northern third of the island controlled by a breakaway Turkish-backed statelet.

DISY took over 27 percent of the vote and remained the largest force in parliament, while communists AKEL came in second with one of their worst performances at just 22 percent, official results showed late Sunday.

ELAM, which took 6.78 percent of the vote and became the fourth-largest party in parliament, originated as an offshoot of Greece's controversial Golden Dawn party and first entered parliament at the last legislative elections in 2016.

Its advances came as migrant arrivals in the European Union's most easterly state have placed Cyprus in what the government calls a "state of emergency".

The result again left DISY without a majority, forcing President Nicos Anastasiades to continue to rule through a minority government.

Parliament was at the centre of the furore after speaker Demetris Syllouris and an opposition lawmaker were secretly filmed allegedly trying to facilitate the passport for the fugitive investor.

They later resigned, although both insisted they were innocent of any wrongdoing.

Cyprus has an executive system of government with the president elected separately, but the vote is also seen as a gauge of the popularity of Anastasiades, whose term expires in 2023.

Cyprus also has the highest per capita number of first-time asylum seekers in the 27-member bloc, according to the Eurostat statistics agency, and immigration is a hot-button issue for the European Union's most easterly member state.

According to chief returning officer Costas Constantinou, turnout hit a new low with 63.9 percent, down from 66.7 percent in 2016.

However, he said he was "very satisfied" with the figure, considering the vote was held during the Covid-19 pandemic.

In a column in the English-language Cyprus Mail under the headline "From corruption to an honest state", prominent lawyer Achilleas Demetriades had called for a vote for reforms and change.

"New coalitions and new policies are necessary," he wrote. "The autocratic approach and arrogance must be replaced with modern approaches to politics."

The last round of UN-backed Cyprus reunification talks collapsed in acrimony in 2017 and a UN summit in Geneva last month failed to reach an agreement on resuming talks.