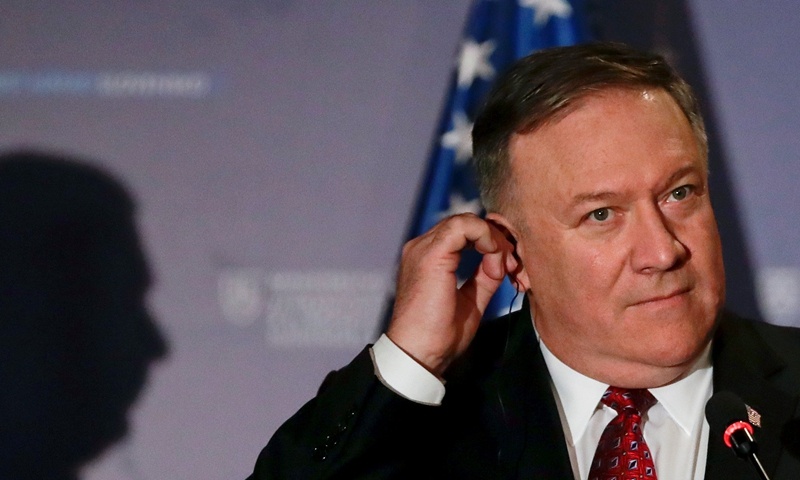 Chinese observers said that Central and Eastern Europe, which were torn apart by ideology during the Cold War, should not be fooled by US Secretary of State Mike Pompeo, who obviously still lives with a Cold War mindset, desperately trying to form anti-China cliques with his trip to the region.

During his Czech Republic visit, Pompeo stressed his anti-China agenda, talking about cooperation with Czech on 5G security, counterterrorism and nuclear energy cooperation. He claimed that using technologies from China and Russia would pose a "danger" to the sovereignty and security of the Czech Republic, the Xinhua News Agency reported.

Despite Pompeo's efforts to sow discord to China-Czech ties, Czech Prime Minister Andrej Babis said on Wednesday that his country is a sovereign country not facing any major threat, in reply to Pompeo's anti-China narrative, Xinhua News Agency reported on Thursday.

Pompeo and Babis signed a declaration on 5G security in May, but the European country has not decided to ban Huawei technology. Its president, Milos Zeman, has been promoting closer ties with China. However, Czech Senate President Milos Vystrcil and the Prague mayor Zdenek Hrib will reportedly visit the island of Taiwan in late August.

Pompeo's remarks in the Czech Republic's internal affairs aim to form an anti-China camp in Central and Eastern Europe by taking advantage of their different domestic political stances, said Shi Yinhong, a professor of International Relations and Chairman of the Academic Committee of the School of International Studies, told the Global Times.

Some politicians in these countries might match US needs in resisting China on ideology, but their governments may not do the same in terms of economic cooperation and other fields, said Shi, noting that Cold War 2.0 will not succeed in the region, where people were significantly affected by the previous Cold War.

Zhao Lijian, the spokesperson of the Chinese Foreign Ministry, said Pompeo's scheme is doomed to fail, as the global community knows he is trying to bind the international community into an "anti-China, anti-Communist chariot" which only benefits the US. 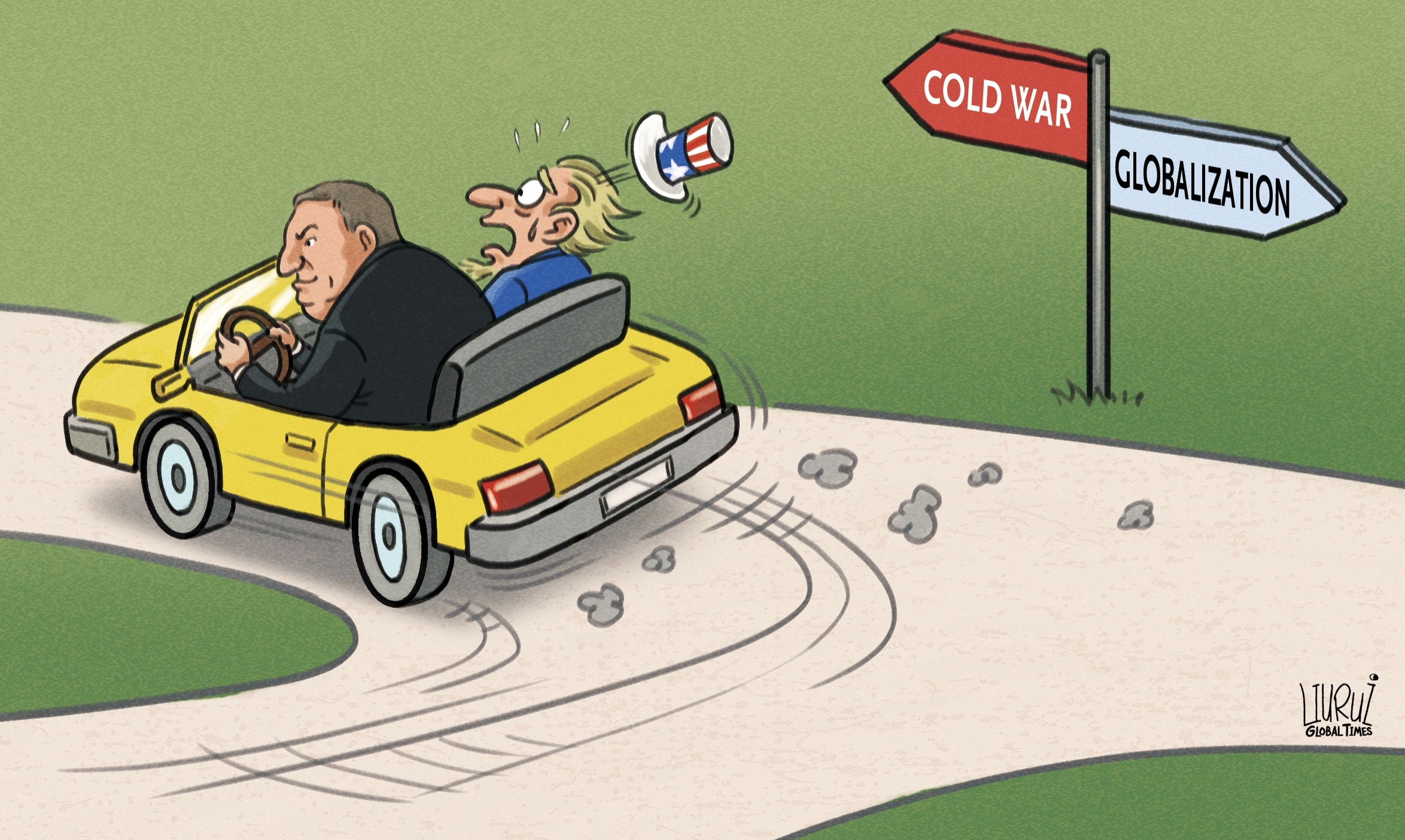 Because of his Cold War mentality and selfishness, Pompeo has repeatedly accused the Communist Party of China and China's policies. Wherever he goes, he carries political viruses and disinformation, Zhao said.

In February 2019, Pompeo visited Hungary, Slovakia and Poland. Some administration officials said the visit was a bid to make up for "a lack of US engagement in the region that opened the door to Chinese and Russian influence." Some observers said the trip was meant to sow discord, as Pompeo added pressure to those countries in terms of cooperation with Chinese telecoms giant Huawei.

Cui Hongjian, director of the Department of European Studies at the China Institute of International Studies, told the Global Times that Pompeo's visit to Central and Eastern European countries manifests US hegemony, which is rooted in the obsolete idea that the US still considers Europe as its frontline against China and Russia.

In the distorted political perspective, energy and economic cooperation are seen geopolitically, and any normal communication will be discredited, Cui said.

Diao Daming, a US studies expert at Renmin University of China in Beijing, told the Global Times that because of the cold shoulder from Western Europe countries like France, Germany and Italy on the anti-China issue, the US has to shift to some Eastern Europe countries, which still have illusions about the US, and want to increase regional influence through cooperation with the world's largest power.