LONDON, June 5 (Xinhua) - Two British veteran soldiers in their 90s, who took part in the D-Day assault on Northern France 75 years ago, made the same dramatic journey Wednesday to commemorate the historic event. 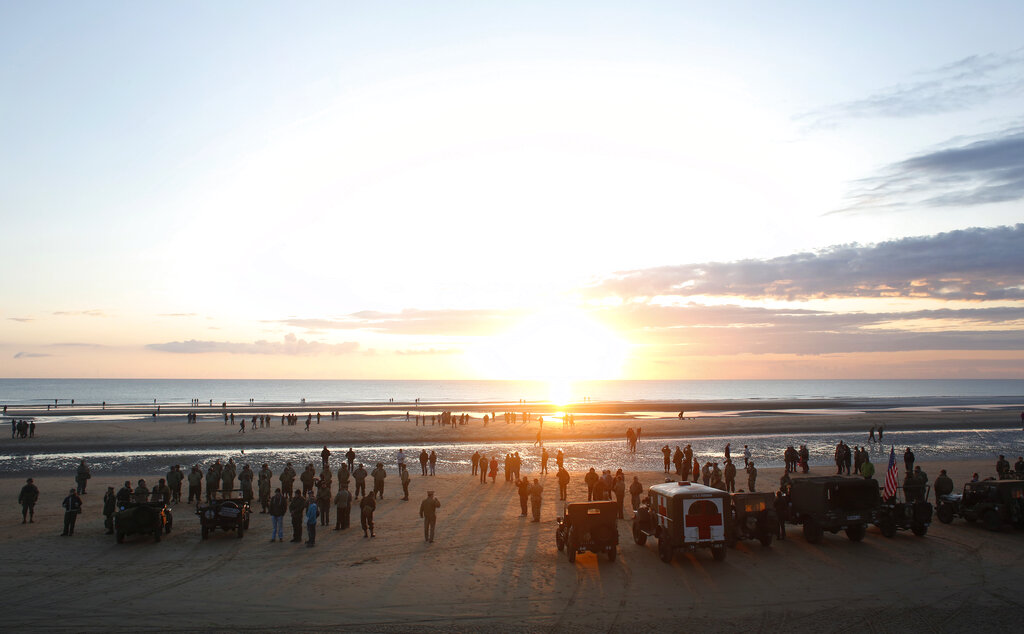 World War II reenactors stand on Omaha Beach, in Normandy, France, at dawn on Thursday, June 6, 2019 during commemorations of the 75th anniversary of D-Day. (Photo: AP)

Harry Read, aged 95, and John Hutton, 94, together with a party of 280 British and French paratroopers carried out a commemorative parachute descent onto fields on the outskirts of Sannerville in Northern France.

In the early hours of June 6, 1944, the same fields served as Drop Zone 'K' for the 8th Parachute Battalion, who destroyed bridges to restrict German maneuver.

At that time, Read was a 20-year-old wireless operator and Hutton a 19-year-old in the 13th Parachute Battalion of the British Army.

Thursday marks the 75th anniversary of the D-Day Landings and the Battle of Normandy, part of the biggest ever seaborne assault in history.

The parachute drop was to enable British, U.S. and allied soldiers to prepare for the landing of 156,000 troops to start the Battle of Normandy to end the Nazi occupation of Europe in World War II.