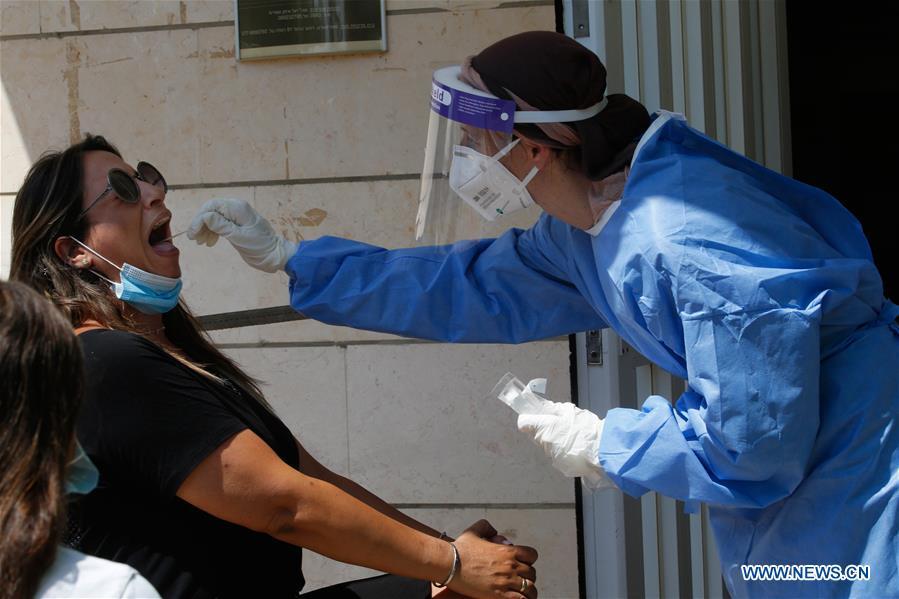 A medical worker takes a swab sample from a woman for COVID-19 test in the central Israeli city of Ramla on July 5, 2020. (Photo: Xinhua)

The number breaks the previous daily record of 1,115 daily cases recorded on July 4.

The ministry also reported eight new deaths from the coronavirus, the highest since April 18, bringing the death toll to 342.

The number of patients in serious condition dropped from 88 to 86, out of 357 patients currently hospitalized.

Earlier on Tuesday, Israel's parliament passed a law allowing the government to bypass it on decisions related to the struggle against the resurgence of coronavirus cases.

The new law allows Prime Minister Benjamin Netanyahu's government to sidestep the parliament and its committees so new decisions could take effect immediately.

Under the new law, the government can declare a state of emergency and change coronavirus-related restrictions without being debated in the parliament in advance.