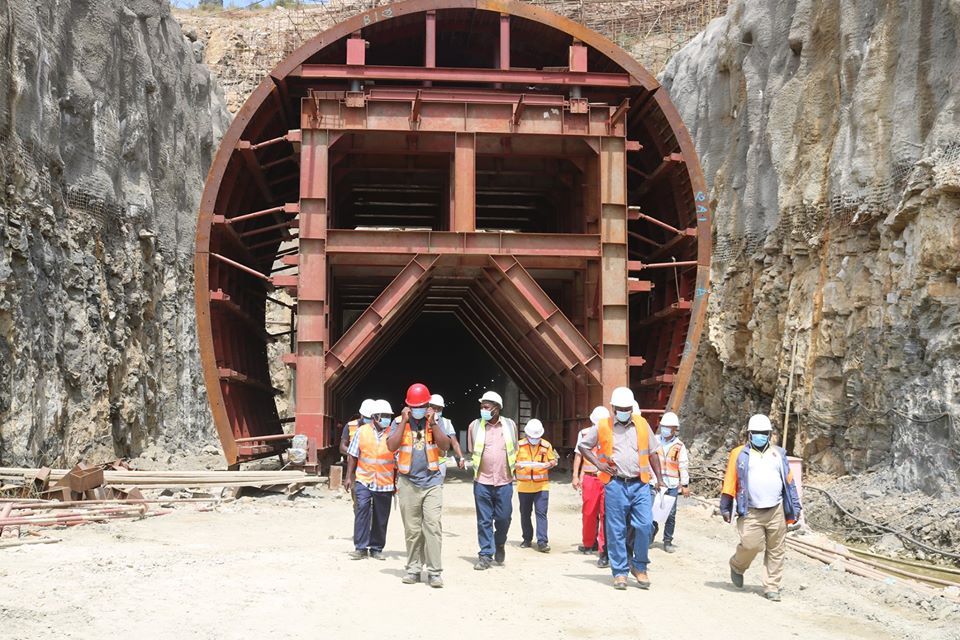 In 2008, the government of Kenya approved the creation of Konza Technology City as a flagship Kenya Vision 2030 project. As a result, the government contracted China Gezhouba Group Company Limited to construct the Thwake Multi-Purpose Water Dam to offer clean and reliable water and electricity for the Konza technopolis, which is under construction.

The development is one of the key flagship projects of the Kenya Vision 2030 economic development portfolio, which will provide water, hydropower and irrigation for Konza technopolis, in addition to the counties of Kitui, Makueni and Machakos, according to Xiong Wentao, the project manager.

"The project will be implemented in four phases. Phase one involves the construction of the dam and preliminary works for the implementation of the subsequent three phases. Phase two will involve installation of a hydropower generation plan. Phase three will see the installation of water supply system and phase four the irrigation system. Phase one, which is underway, is currently at 45 percent," Xiong said.

The dam, located at the confluence of Kenya's Thwake and Athi rivers, is jointly funded by the government of Kenya and the African Development Bank.

Julius Muia, Kenya's national treasury principal secretary, said that the Thwake Multipurpose Dam project remains a focus of national government and has been cited as a key enabler for the realization of government's Big 4 Agenda and Vision 2030 blueprint.

Muia also disclosed that plans were underway for project internship programs for students to build local capacities and the transfer of knowledge and technical exchange. He said this is a key project because it will answer a critical water question for local communities and beyond.

Xiong said the construction of the dam will be implemented in four main phases that include the construction of a 77-meter high dam, hydro power generation, 34,600 cubic meters of water supply and a final phase, irrigating 40,000 hectares in Makueni and Kitui counties. He added the dam is designed to supply piped water for domestic use, serve the Konza technopolis and adjacent towns, and irrigate farms downstream in the two counties, as well as generate 23 megawatts of hydro power.

"Once completed, it will greatly relieve the lack of electricity and water for domestic use and irrigation for over 3 million people in the Konza technopolis, Kitui, Makueni and Machakos counties," Xiong said.

In addition to the dam project, the company is working on an ongoing water and sanitation service improvement and bulk water supply project for Nairobi, which involves the construction of water collector tunnels.

"Once completed, it will provide a clear water resource to Nairobi and ease its demand for water. The main tunnel of the project is 11.7 kilometers long and 3 meters in diameter. This long distance and tunnel project is the first attempt (to do this) in Kenya, even in Africa," Xiong said.

He added that his company aims to develop more clean energy, provide clear water resources, and develop irrigation and sewage treatment in Africa as a contribution to its green, ecological and sustainable development.